Madison Vision Series event on Nov. 11 to focus on bipartisanship 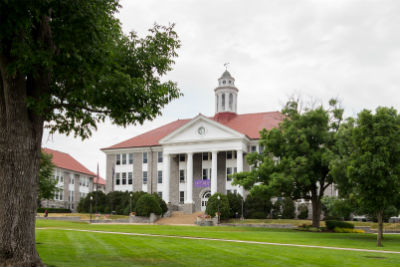 Cox, a public school teacher, was first elected to the House of Delegates in 1989. He represents the 66th District, which encompasses the city of Colonial Heights and parts of Chesterfield County. He has served in a number of leadership positions in Richmond, most recently as Speaker of the House from 2018 to 2020. Prior to becoming speaker, Cox served as majority leader and majority whip. He has also served as chairman of the House Rules Committee and the Agriculture, Chesapeake and Natural Resources Committee, as well as vice chairman of the House Appropriations Committee.

Surovell was elected to the Virginia Senate in November 2015 and was sworn in on Jan. 13, 2016, representing the 36th District, which includes Fairfax, Prince William and Stafford counties and the towns of Occoquan, Dumfries and Quantico. Surovell is currently the vice chairman of the Senate Democratic Caucus and serves on the Commerce and Labor, Judiciary, Privileges and Elections, Rehabilitation and Social Services, and Transportation committees.

Additionally, he serves on a number of studies, commissions and boards, including the High Speed Rail Compact Commission, the Health Insurance Reform Commission and the Virginia Crime Commission. He also serves as a member of the Frontier Culture Museum of Virginia Board of Trustees.

The event is presented by the Madison Vision Series: Contemporary Issues in an Engaged Society, which honors James Madison’s conviction that cultivating an informed and educated citizenry is essential to the health of our republican democracy. The series brings scholars, thinkers and leaders of all kinds to campus for lively explorations of issues facing our society.