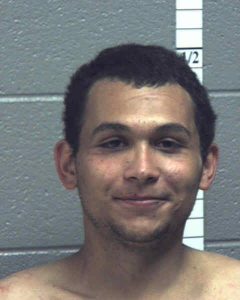 A Madison Heights man was arrested in Augusta County after attacking an Amherst County deputy transporting him to a mental-health facility in Harrisonburg.

Jose Franklin Garcia, 18, assaulted and attempted to disarm the deputy, who had stopped at a McDonald’s in the 100 block of Jefferson Highway to allow Garcia to use a restroom.

After assaulting the deputy, Garcia fled on foot across Jefferson Highway and into a wooded area.  Augusta County Sheriff’s Office deputies, Staunton Police, the Virginia State Police and members of the United States Marshalls Service responded to the area and began to conduct an extensive ground search, ultimately locating Garcia over a mile away on Desper Hollow Road.

Garcia was taken into custody without incident. The Amherst deputy received minor injuries that did not require medical attention.

Garcia is being held at the Middle River Regional Jail.