Maddie Morrison: The person behind the persona 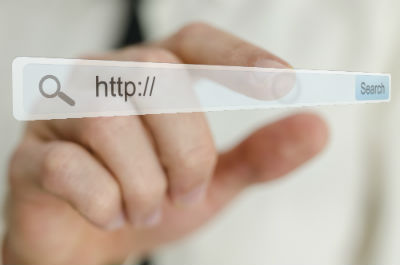 The young influencer Maddie Morrison is focused on authenticity and encouraging the development of unique expressions which mirror unique individuals.

The New Zealand-born young influencer born in 1992 has garnered quite a following on Instagram (@maddie_morrison), and she has collaborated with other well-known brands to promote healthy lifestyles and beauty products.

She is an authentic presence on Instagram, and she admires other influencers who have an astonishing work ethic. These include Tammy Hembrow, Shani Grimmond, Ellie & Daisy O’Donnell, Sharon Alexie, Mishti Rahman and others. Alongside these influencers, she appreciates celebrities who use their own position to create awareness of important issues that are prominent worldwide.

Her travel experience and posts which celebrate the cities she sees also feature heavily, and these highlight her free-spirited manner and her general belief in living a life full of joy. Her page is filled with photos celebrating not only a healthy life, but also the importance of discovering new destinations and new ways of thinking.

Who is the young influencer really?

Although influencers are often considered false and the moniker is often accompanied by severe criticism, Maddie remains positive and takes comfort from the people who really know her. From them, she has only had sincere feedback and constant support. For Maddie, “it’s normally people that don’t know me personally that make harsh judgement calls about who they think I am.”

Her inspiration for others is often based on how they use their positions of influence to bring awareness to global issues. Personally, she feels very strongly about poverty, violence, and illnesses on a global scale.

She especially relates to the struggles that cancer causes having lost her father to leukemia in 2012. Lloyd Morrison was a well-established businessman in New Zealand, and his death affected the young influencer immensely. As a result, she is a strong supporter of cancer awareness and also endeavours to bring attention to the causes of violence and poverty.

What she looks at when partnering with a brand

Despite often denigrating public perceptions of influencers, Maddie believes in authenticity. She only promotes and works with brands in which she truly believes. Her own belief is focused on being truly genuine, and she really believes that “that’s what people want, and that’s what brands want.”

Especially during the pandemic, she has devoted her platform to healthy lifestyles in lieu of her extensive traveling. These posts have been dedicated to her own experience of fitness development and how she believes in building both a healthy mind and body.

She currently works with Luxe Fitness, Freedom Couture, and Fitazfk. Her posts are unique in that they reveal her own vulnerabilities and provide ways of combating both her own struggles and the ones that she shares with others.

How does she plan to expand her influence and build a unique brand?

Maddie plans on opening her own business one day and making a name for herself while also supporting local causes and using her own platform to bring attention to issues which she believes in and feels should have global recognition.

Her experience in branding and marketing has made her aware of having to know your surroundings, the comments that you make, the manner in which you write and the pictures that you share.

This is what Maddie thinks about: “Is this how you want to portray yourself? How will people really perceive this?” and it influences what she’ll share with her followers. She continually keeps in mind what surrounds her, and strives to remain genuine.

It is this mind-set that forms part of what she believes is key to the success of branding and marketing: be yourself, be organized as possible, and think of the outside perception of you. She always puts herself in the shoes of others and imagines what they see when they come across her page.

This is how she’s already established a name for herself, and hopes to build on her brand. She continually thinks about what she’s showing her followers, and whether that is something that they are interested in and whether they gain enough insight from viewing her page to know more about the essential aspects of the brand she is promoting.

These are the questions that she always keeps in mind, and those that she asks others to consider when wanting to build a successful brand.