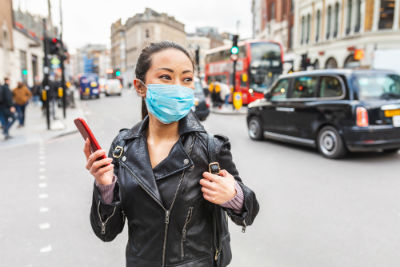 While London isn’t immune to its own assortment of crises, the coronavirus pandemic is arguably one of the most unprecedented challenges the city has ever faced this century. As always, this bustling metropolis is expected to rebound from the tragedy with as much confidence and courage as disasters prior, but this new version of London will not be the same crowded, cultural hotspot citizens are used to seeing.

There’s no denying it: The coronavirus-fueled shutdown was a disastrous hit to every business inside the city of London — not to mention the world. Across industries of all kinds, from IT support providers in London to corner mom-and-pop shops, the impact was felt dearly.

Already, Londoners see the results from such change take place. Figures from the city government expect the city’s economy to shrink almost 17%. According to the Bank of England, the UK is predicted to see a 14% drop. This is all in addition to the dozens of companies forced to slash workforces in half, freeze recruitment efforts, and cut their losses.

What does all this mean for the city’s future? There are more than a few factors for citizens to expect, some of which are already taking place.

As the virus hit and companies and consumers alike found themselves shuttered at home, the online world exploded with activity. Suddenly, businesses scrambled for an IT assistance supplier in London to help them handle an unprecedented influx of online orders.

While physical office spaces — especially for large corporations — aren’t likely to disappear anytime soon, the retail industry may adapt due to such drastic change. With more customers turning to online stores, brands may reduce their number of brick-and-mortar outlets in favor of a more substantial internet presence, if not a complete digital evolution.

“Such a remarkable change could transform London’s retail space as we know it,” said one of the leading IT support London based providers. “This wouldn’t only affect how consumers shop, but also deeply impact the city’s real estate market as a whole.”

In fact, the market makes up for nearly 15% of London’s economy, making it a point of tension for city officials. How such a change could affect the economy as a whole remains yet to be seen.

The City Will Remain A Tech Hub

London’s technology sector is long regarded as one of the largest globally, rivaling those of Tel Aviv, Berlin, and San Francisco. IT support providers, social media giants, cloud providers, and more can be easily found around London. The draw is felt across the globe; From Google to Amazon, hopeful entrepreneurs and established corporations alike flock to the city in an effort to further develop their operations.

Fortunately, this type of growth isn’t expected to shrink, with its cultural diversity and educational supremacy attracting businesses from across the world. While the coronavirus shutdown may have ground other industries to a halt, it had nearly the opposite effect on the tech world.

With so many citizens staying home, digital technologies are being used more than ever. Consequently, businesses near and far are upgrading their digital infrastructures, transferring operations online, and acquiring IT support partners in London to keep up with demand. As a result, the city is still a prime location for startups to plant their roots.

London is still — and will always be — a source of incredible cultural diversity, economic growth, opportunities, and more. There is no doubt the city will rebound from the coronavirus pandemic, but no one should expect things to return as they once were. From technological advancements to physical alterations, it’s more likely than not that London will see its fair share of changes.