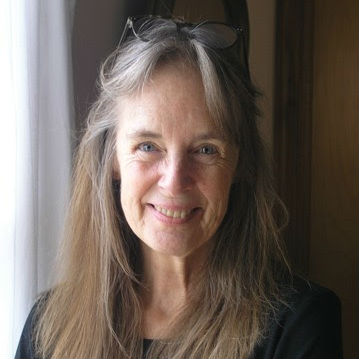 That last one merited all caps from her keyboard because she admits the page was “begun in blatant celebration of St. Martin’s Press for publishing my novel SMALL BLESSINGS on July 15th, 2014!” Small Blessings is her debut novel, published when she was in her mid-60s.

Woodroof will read from her work and talk about writing, her calling to write, her creative process and other topics when she comes to Eastern Mennonite University’s Common Grounds coffee house at 6:30 p.m. Feb. 4. A time for Q&A will follow. The event is part of EMU’s Writers Read series, sponsored by the language and literature department.

Michael Medley, professor of English and chair of the language and literature department, said he has enjoyed reading Small Blessings. “What I love about the novel is the light that Woodroof shines on the goodness in two of her main characters, both of whom have the ability to call forth the goodness in others,” Medley said. “Her novel seems to me a rebuke to contemporary cynicism about human nature.”

Shenandoah Valley residents likely know Woodroof best for her work at WMRA, the Harrisonburg station from which she recently retired. She has also written for National Public Radio and the Virginia Foundation for Humanities Radio Features bureau, published essays in several major newspapers, and wrote an earlier non-fiction book based on her recovery from substance abuse, How to Stop Screwing Up: 12 Steps to Real Life and a Pretty Good Time. Woodroof says on her websitethat she loves words because of “their power to tell other people’s stories.”

Woodroof was born in Greensboro, North Carolina, but eventually found her way to Virginia by way of New England and Texas. She attended the University of Virginia in Charlottesville, where she says she became “a grad school dropout.” Now she and her husband call the Shenandoah Valley home, where their “closest neighbors are cows.”

Small Blessings is set in a Southern college town, but Woodroof told NPR’s Scott Simon in an interview that it isn’t based on Charlottesville or any other specific town. Only the story’s bookstore, drawn from a college bookstore where she once worked, comes from an actual place.

The characters are what drew in Kirsten Beachy, assistant professor of English at EMU.

“All of her characters are flawed and, somehow, lovable,” Beachy said. “I suppose it is because she, as the author, loves them. I was intrigued by how many parts of the plot and the lives of the characters were driven by addiction—most obviously to alcohol, but also to the ways they think about themselves. The book as a whole is a great illustration of the ways addiction arises out of loneliness, and how community can create an opposite, positive pull.”

An Oprah.com review of Small Blessings said, “This book is a charmer: quirky, clear-hearted and effervescent.” By all indications, the same could be said of Woodroof herself. Find out for yourself at this first-of-the-semester installment of Writers Read. The event is free (donations accepted) and open to the public.