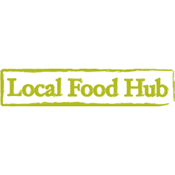 Local Food Hub announced the winners of the 2011 Community Food Awards at an event co-sponsored by the Virginia Department of Agriculture and Consumer Services, the City of Charlottesville, and Albemarle and Nelson counties.

Six award winners were announced at the ceremony, including:

Since 2009, Local Food Hub has purchased more than $750,000 worth of Virginia-grown fruits, vegetables, eggs, and meat from more than 70 area farms, putting hard-earned money directly into the pockets of farmers and business owners. Studies show that when people spend money with a locally owned business, the community sees a multiplied economic benefit two to three times greater than when their dollars leave the local economy. Local Food Hub helps create and retain jobs in Central Virginia while promoting rural agriculture, healthy eating, and conservation.