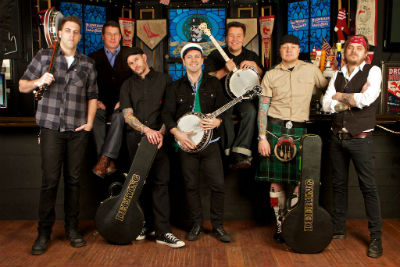 The first of the season-long Beats on the Basin concert series at the Connection Nightclub kicks off December 26, 2014. Through the season artists of all genres including Big Something, Shawn Owen, String Dusters, and Quincy Mumford to name a few, will be performing. Once a week throughout the 2015-year one of these talented performers will hit the stage at Connections Night club and give a performance of a lifetime.  These events are free to all Snowshoe Mountain guests.

The Homegrown Music Festival is a weekend long event to celebrate the regions best musicians. There will be live music across the mountain all weekend long.

DECEMBER 26TH
BEATS ON THE BASIN: Big Something
Fusing elements of rock, pop, funk, jazz and hip hop, BIG Something takes listeners on a journey through a myriad of musical styles.

JANUARY 16TH
BEATS ON THE BASIN: Quincy Mumford and the Reason Why
Optomistic, charismatic and undeniably genuine, Quincy’s music possesses the same “feel good” attitude that the young man himself does. A true artist that can bring raw 70’s style rock & funk highlighted with the voice of an old soul. It’s a perfect blend.

JANUARY 16TH – 18TH JANUARY 23RD
MARTIN LUTHER KING JR. WEEKEND
BEATS ON THE BASIN: Passafire
Passafire continues to progress towards what they feel is their true identity as a band in the reggae rock genre. Throughout the years, they have become a perpetually touring band playing hundreds of shows a year with bands like 311, Rebelution, Slighty Stoopid, Pepper, Matisyahu, The Wailers and many more.

JANUARY 30TH
BEATS ON THE BASIN: The Movement
Hailing from Columbia, South Carolina, the reggae-rock group was formed in 2004 by a trio of Sublime and Pixies fans. They have toured nationally with SOJA, 311, Rebelution, The Green, Slightly Stoopid, G. Love & Special Sauce, The Original Wailers, Wu-Tang Clan and performed at many U.S. festivals.

FEBRUARY 6TH
BEATS ON THE BASIN: The Davisson Brothers
The Davisson Brothers Band has a unique style, fusing a blend of country, southern rock, and bluegrass to create a distinctive sound. Their remarkable sound, combined with the band’s talent and energy, has gained them an incredibly loyal and rapidly growing fan base.

FEBRUARY 13TH
BEATS ON THE BASIN: Keller Williams
Most artists would bristle at the term self-indulgent, but Keller Williams often invokes it in describing his own approach to music. To Williams, being self-indulgent means creating music that satisfies him-if he likes what he’s produced, he figures, then his audience is more likely to embrace it too.

FEBRUARY 13TH – 15TH FEBRUARY 20TH
PRESIDENTS’ DAY WEEKEND
BEATS ON THE BASIN: Cereus Bright
This modern folk band draws its muse, and its name, from the night-blooming Cereus– a desert flower that only blooms at night. This beauty blooming from the dark is a symbol– of hope, beauty, and for this young band, music.

FEBRUARY 27TH
BEATS ON THE BASIN: Rusted Root
Having collaborated with one another for two decades, Rusted Root has honed the perfect combination of musical intuition, freedom and virtuosity, which has allowed them to organically shape shift their music into their own distinct and undeniable vision. They transcend age, generation, cultures and musical styles.

About Snowshoe Mountain Resort
Snowshoe Mountain is the perfect year round destination for adventure filled vacations in West Virginia. Snowshoe covers a total area of 11,000 acres in the Appalachian Mountain Range, and includes the second highest point in the state at 4,848’ elevation. In addition to terrific outdoor winter recreation, Snowshoe offers extensive lodging options, fully developed mountain biking trails, a popular golf course designed by Gary Player, wedding and convention areas, and a wide variety of summer outdoor activities. Snowshoe Mountain Resort is part of the family of Intrawest Resorts.