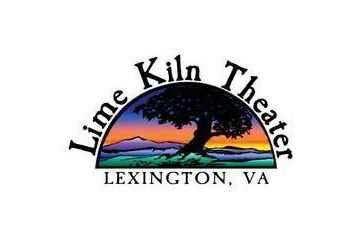 The Lime Kiln Theater summer 2019 concert series continues on Saturday, June 22, as Charley Crockett and Kat Wright take the stage. Doors open at 6 p.m., and the show starts at 7:30 p.m.

Tickets for the concert are sold out. The show will take place at Lime Kiln rain or shine.

Growing up with a single mother in San Benito, Texas, the hometown of Tejano star Freddy Fender, was not easy for blues singer Charley Crockett. Hitchhiking across the country exposed Crockett to the street life at a young age, following in the footsteps of his relative, American folk hero Davy Crockett, who also lived a wild life on the American frontier. After train hopping across the country, singing on the streets for change in New Orleans’ French Quarter, busking in New York City and performing across Texas and Northern California, Crockett set off to travel the world and lived on the streets of Paris for nearly a year before searching for home in Spain, Morocco, and Northern Africa.

The blues artist returned home to Texas and released his debut solo album titled A Stolen Jewel in 2015, receiving critical acclaim in Dallas and ultimately landing him a Dallas Observer Music Award that year for “Best Blues Act”. A record “rich with Southern flavor, a musical gumbo of Delta blues, honky-tonk, gospel and Cajun jazz,” Jewelproved that Crockett, born into poverty in the Rio Grande, had come home to make his musical mark on the South. Crockett, who is self-described as elusive, rebellious and self-taught, has been compared to legends like Bill Withers, Merle Haggard, and Gary Clark Jr.

For more information, visit Lime Kiln on the web at www.limekilntheater.org, or check out Facebook at www.facebook.com/LimeKilnTheater.

Kat Wright, whose voice is both sultry and dynamic, delicate yet powerful; gritty but highly emotive and nuanced, has been described as “a young Bonnie Raitt meets Amy Winehouse”. Add to that voice enough stage presence to tame lions, and the combination of feline femininity proves immediately enchanting. There’s soul flowing in and out of her rock ‘n’ roll with a serpentine seduction. Some of soul music’s sweet, grand dames belt, shout, seethe, and succumb, while Wright sings gently like a heartache’s apology. It’s funky in spots and beautiful all over. And it hurts a little… like it should.

Lime Kiln Arts, Inc. is a non-profit (501c3), operating at Lime Kiln Theater in Lexington. It opened in 1984 and is rooted in and inspired by the magic of a natural, outdoor theater. After a brief hiatus that started in 2012, Lime Kiln Theater is thrilled to present its sixth straight summer season of live music and theater featuring local, regional and national acts.