‘Like’ Virginia’s Dasher to help him win national accolades 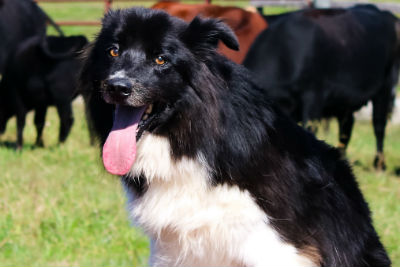 As a rescue dog, Dasher didn’t have a conventional start to his life, but this Border Collie quickly found his place on his family’s cattle farm in Virginia. Herding comes natural to him and even at 11 years old, he still doesn’t want to slow down. Photo courtesy American Farm Bureau Federation.

Virginians have until Dec. 18 to vote for one of the state’s own farm dogs, Dasher, to be selected as People’s Choice Pup.

Dasher is an 11-year-old border collie who helps herd cattle on Sandy Riepe’s farm in Charlotte County. When he’s not working, Dasher competes in agility trials and has won multiple awards.

He is one of 10 farm dogs from across the U.S. vying for the title in a social media contest organized by American Farm Bureau Federation. You can read about the contest here.

The People’s Choice Pup will win bragging rights and one year’s worth of Purina products. The winner will be announced in January during AFBF’s virtual convention.