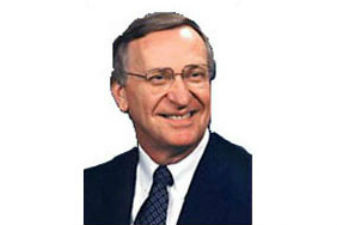 My mom and dad had little or no formal education which was not that unusual for children in large families growing up in rural Virginia in the 1920s. What they lacked in schooling they made up in basic values of honesty and hard work. Their ambition for their three sons of which I was the youngest was to finish school which for them meant high school. Mom’s advice to me for I had obvious interests in doing more than graduating high school and working a local job was captured in the words of the country music song of Earl Scruggs and later Ricky Skaggs, “Don’t Get Above Your Raisin.’”

Going off to college as the first in my family to do so was a frightening experience but one that soon became a labor of love. I could not learn enough about the world around me and most especially about history and politics. I was a product of a public school system in Virginia, and even as a youngster I knew that the story of the state was much more complex and involved than the glorification of its history presented in the state-approved textbooks. My love of learning led me to finish an undergraduate degree in history and political history at the then Old Dominion College. I went on to the University of Virginia where I received a master’s degree in teaching the social studies in 1967. That program had an internship experience that led to me being placed in Fairfax County Public Schools from which I retired thirty years later.

I refused to use the state-approved textbook on Virginia history in my classroom because of the distortions and misinformation it contained. My school administrator supported me, and a few years later I consulted with FCPS when it produced its own edition of a more-accurate Virginia history textbook. Also about the same time, I announced my candidacy for the House of Delegates and was elected on my third try. My interest was not to change school textbooks but to help alter the course of the state’s history to remedy the many wrongs of its past and to make it a state where all people had equal opportunity. I knew about the inequality of opportunity in the state by my volunteer work with the Community Action Agency.

Setting aside challenges related to the pandemic and the craziness of the current federal administration, I feel a greater sense of hope for the Commonwealth than I believe I have ever had. I have written often about the transformative General Assembly session this year and the passage of much-needed legislation on fairness and equality that had been debated and never passed for years. This month the General Assembly will take another important step in reforming our criminal justice system.

As my friend and historian Bent Tarter wrote recently in a column “Black Lives and Confederate Monuments,” (www.virginiaforum.org) “We all have much to learn, or we will continue to repeat the sorry sequences of violence that exacerbate rather than solve problems. Learning, one of my college teachers explained, should involve a change in behavior.” As a native Virginian I sense that now more than ever we will at long last be seeing changes in behavior in the Commonwealth.