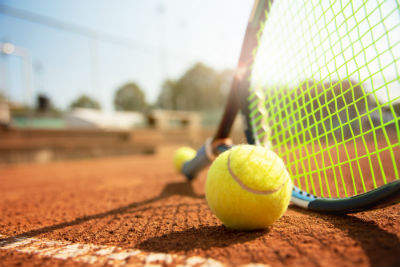 The Liberty Flames men’s tennis team has been selected to finish second in the ASUN Men’s Tennis Preseason Coaches Poll, it was announced on Thursday morning.

Defending ASUN champion FGCU was selected to finish first in the league with four of a possible eight first-place votes and 59 points. The Eagles claimed their third ASUN crown in 2019. The ASUN did not hold any conference matches or a conference championship in 2020 due to the COVID-19 pandemic.

Liberty will open its spring campaign at Virginia, Jan. 17 at the Boar’s Head Sports Club in Charlottesville, Va. First serve is slated for 1 p.m. The Flames’ first ASUN match will take place on March 19 at North Alabama.

The Flames posted an 8-6 overall mark in 2020, including signature victories at Virginia Tech and Penn State. In 2019, the Flames posted a 6-1 mark in their first year in the ASUN Conference and earned the No. 2 seed for the ASUN Men’s Tennis Championship. Liberty’s top returners include 2019 ASUN Player of the Year Nicaise Muamba and 2019 ASUN Freshman of the Year Josh Wilson. Both players were also ASUN All-Conference first team honorees in 2019.

The Liberty women’s tennis team has been tabbed to finish second in the ASUN Conference in the 2021 ASUN Women’s Tennis Preseason Coaches Poll, it was announced on Thursday afternoon by the league.

The Lady Flames received three first-place votes and 57 points in the coaches poll. Five-time defending ASUN champion North Florida earned the other five first-place votes and 61 points. This marks the first year Liberty has been tabbed to finish second in the league. In 2019 and 2020, Liberty and UNF were tabbed co-favorites both years.

Liberty will open its spring campaign at Georgia State, Jan. 23 at 1 p.m. in Athens, Ga. The Lady Flames will also square off with the Mercer Bears in a neutral-site contest on Jan. 24 at Georgia State. Liberty’s first ASUN match of 2021 will take place on March 19 at North Alabama.

Liberty posted a 7-4 overall record in 2020. The Lady Flames, who were picked to finish first in the ASUN last spring along with North Florida, did not compete in any ASUN contests in 2020 due to the COVID-19 pandemic. In 2019, Liberty finished with a 6-1 mark in its first season in the ASUN Conference to earn a share of the regular-season crown and the No. 1 seed for the ASUN Women’s Tennis Championship.