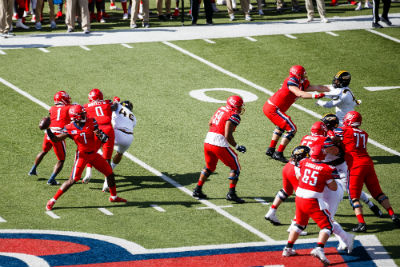 Liberty (6-0) burst out to a 35-7 halftime lead before the Golden Eagles narrowed the gap to within 35-28 with 21 third-quarter points.

The Flames then pulled away with three late scores to seal the victory.