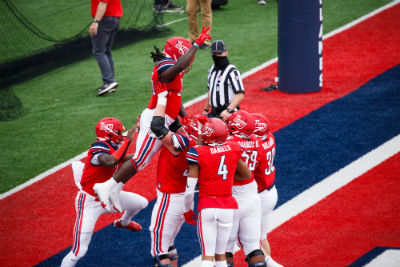 Liberty’s 2020 regular season finale at Coastal Carolina will renew the series between the former Big South rivals that now includes six matchups over a 10-year span.

The two programs dominated the Big South, with one of the teams claiming at least a share of the conference title 11 out of 12 seasons from 2004 to 2015.

Before both teams left the league to move to the FBS level, Liberty finished its time in the conference with eight Big South titles, while Coastal Carolina capture seven conference championships.

The two teams are both off to 2-0 starts in 2020. Liberty has opened the season with back-to-back wins over Conference USA foes Western Kentucky and FIU. Coastal Carolina has taken down Big 12 foe Kansas and FCS Big South member Campbell.