Libertarian Party to Democrats: It’s cruel to be kind 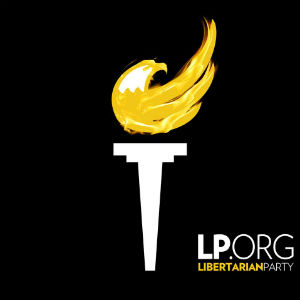 Elizabeth Warren, Cory Booker, Bernie Sanders, and other speakers at the Democratic National Convention are espousing the virtue of love and the need to take care of our fellow man, suggesting that this can be accomplished through government programs such as welfare and socialized medicine.

But love is not born of force. Force is cold, impersonal, and offensive. And it doesn’t work.

Real love is being committed not just to an ideal, but to what works. It requires opening one’s eyes to see the results that actions produce.

Government welfare creates an unhealthy dependence which traps generations in poverty. One need only drive by a housing project to get an idea of the horrible results it produces.

Minimum wage hurts the very poor. The most desperate for jobs lose their jobs. Others are deprived of jobs that otherwise would have been created and that would have released them from the cycle of poverty which haunts their souls.

Minimum wage forces small-business owners to work long, low-wage hours, and some make no money at all, or lose money, while putting their life savings at risk.

Well intended actions that ignore results are not love, but dogma. Ignoring their devastating effects is cruel and inhumane.

The Libertarian solution is born both of a deep desire to see that all of mankind has opportunity, prosperity, and good health, and of a commitment to understanding and responding to what works and what doesn’t work.

To empower people to rise from poverty, we must remove government regulations and high taxes that hamper small businesses—and their ability to create jobs. We must remove regulations that drive up prices and lower everyone’s standard of living.

We must stop handing out privileged and unaffordable pensions and perks to government workers on the backs of private-sector workers who will see a fraction of those benefits.

We must stop dishing out lucrative bailouts, handouts, and contracts to crony capitalists on the backs of hard-working, private-sector taxpayers.

We must end the War on Drugs to bring down high crimes rates that plague poor neighborhoods.

We must repeal minimum-wage laws that prevent lowest-skilled workers from grabbing a rung on the economic ladder toward self-sufficiency and dignity.

A true commitment to those in need requires us to be vigorous about ending programs which do them harm. That is why Libertarians advocate policies that promote freedom, opportunity, prosperity, well-being, and peace.