Lesson learned: Virginia has a ways to go to catch Clemson 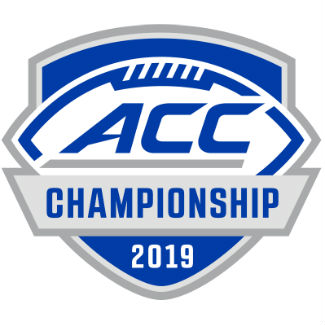 Virginia did some nice things in its first ACC Championship Game appearance.

No one had gained 300 yards offense against #3 Clemson this season. The Cavaliers put up 387. Quarterback Bryce Perkins threw for 266 yards and two touchdowns, and had 58 yards on the ground.

Hasise Dunois had 130 yards receiving on 10 catches, on 11 targets.

It obviously wasn’t anywhere near enough, but you had expected that was going to be the case.

Clemson led 31-7 at the half, let the ‘Hoos make it interesting, briefly, in the third quarter, on a Bryce Perkins-to-Terrell Jana TD pass that cut the margin to 17 with 8:21 to go, and then, the numbers game took over.

Coach Dabo Swinney could have made it whatever score he wanted to.

That wasn’t the numbers game I was talking about.

UVA used one player who was a four-star recruit coming out of high school, true freshman defensive tackle Jowon Briggs,

There are two other four-stars on the roster, both being redshirted, coach Bronco Mendenhall thinking about the future more than the present, which is what a coach leading a rebuilding effort should do.

That the rebuilding got ahead of itself, and that Virginia made an ACC Championship Game three years after going 2-10 in Mendenhall’s first season in Charlottesville, in 2016, is a sign of something going right.

But, it’s ahead of itself. UVA isn’t quite ready for prime time, if you’re thinking of the level of Clemson as prime time.

The win Saturday night was the 28th in a row for the Tigers, who have won two of the last three national championships, and will be in the running to make it three of four with another berth in the College Football Playoff that is coming tomorrow.

The kind of program that can do those kinds of things lines up, let’s look at the numbers …

Forty-seven on the one side, three on the other.

I’m not going to jump down Swinney’s throat for scoring 17 points in the fourth quarter, tacking on a touchdown with 1:26 to go.

The people sitting on either side of me in the press box will tell you that when they raised objections to that effect in-game, I was countering them with, they don’t owe us that, we gotta play defense, we gotta stop them.

That said, this was a 45-17 game that turned into a 62-17 game because Clemson, the established national power, has depth beyond depth, and the UVA team, a couple of years ahead of schedule in its rebuilding process, here in this game because a group of guys who were recruited by a program in the midst of a stretch of 10 losing seasons in 12 years played out of their minds to win nine games, came into this one short-handed on defense.

That’s the understatement of the year, there.

There were lessons to be learned, first and most important, you want to be able to compete with the Clemsons of the world, now you see what you have to be able to do to get there.

Virginia, admittedly, will not really ever be a Clemson, an Alabama, an Ohio State. The environment on Grounds isn’t conducive to getting football to that level, admissions requirements being a key issue there.

UVA doesn’t need to be Clemson. It needs to be UVA. Winning 15 games in a season isn’t possible, but UVA Football can win the Coastal Division, can win nine or 10 games in a regular season.

I think the program can get better with a wider base of top recruits. You’ll never see 47 four- and five-stars in uniform on a UVA sideline, but you can see more guys – maybe 15, 20, if things go right.

And Bronco and his staff can continue the wonders that they’ve been doing in terms of player development to help the two- and three-stars – and the four- and five-stars to come – get bigger, stronger, faster, better.

I don’t see a UVA program being a consistent ACC champ, another understatement there, but it would shock me if you didn’t see a Mendenhall team not win at least one of these games before he’s done.

There are Virginia teams to come that will have the talent and will be able to execute for three hours on a Saturday night in Charlotte to be able to beat a Clemson.

You need to take lumps like the one that was taken Saturday night to get there.

Hard as it might be to reconcile, you don’t get better without playing these kinds of games.

And this one was the first in a stretch of three against elite teams – Clemson tonight, likely Florida in the Orange Bowl, then Georgia to open the 2020 season – that will help Virginia get better.

No knock on anybody, but you don’t get better beating the Libertys, the South Carolinas.

Next, Virginia Football locks in to try to figure out how to beat a Florida team that went 10-2 this season.

And then, you take the lessons learned from that effort and focus in the offseason on getting ready to beat an 11-2 Georgia team on Labor Day night in the 2020 opener, and a schedule that includes, wait for it, wait for it, a road game at Clemson.

You raise your level of play to meet the opponents. You translate the success of this season to bring in more high-quality recruits to build depth.

Eventually you win some of these big games.

You win an ACC championship.

I don’t know that UVA ever sneaks into a four-team playoff. Maybe if it is expanded to eight, and that expansion includes automatic berths for a conference champion, you get into a playoff there.

Virginia can win nine or 10 games a year most years, and maybe every so often, make things interesting.

That should be the goal.

You don’t think that tonight, necessarily, after watching that beatdown, but if they had to earn their way here to able to take a next step.