Gambling has been around for as long as people have. There are examples of gambling throughout human history, dating back as far as the Palaeolithic era, while many of the most famous people in history have dabbled in gambling. Countless gambling games have been born over the centuries, many of which are still played today.

There are also many interesting and unique facts given the long history of gambling, with much about what we know and understand of modern gambling being based on odd things from throughout history. 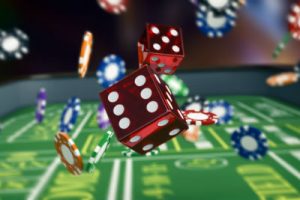 Let’s take a closer look at some of the lesser known facts about gambling:

All the Numbers on a Roulette Wheel Add Up to 666

While many view gambling as a sin, not many will claim it’s outright satanic, despite the fact that one of the most popular casino games involves a wheel with numbers that add up to 666!

That’s right, all the numbers on a roulette wheel add up to make the number 666. According to www.findbettingsites.co.uk, it was invented in the mid-17th century, the roulette wheel was originally devised by a mathematician that wanted to create a perpetual motion machine that could run on its own energy, forming the basis of the popular casino game.

The First Ever Sandwich Was (Possibly) Made in a Casino

Many gamblers spend hours upon hours at their favourite game, meaning things like eating often take a back seat. This was the case for a certain John Montagu, 4th Earl of Sandwich (yes, that is his real title), who decided he wanted to continue gambling at a table but needed to eat.

He demanded his servants provide sustenance in the form of meat served between two slices of bread, allowing him to continue gambling while eating. This is alleged the origin of the first ever sandwich – or at least calling meat between bread a sandwich!

There is a lot of debate about the veracity of such a claim, with a lack of historical evidence making it hard to say whether this was the first ever example of a sandwich. Still, the story is credited with popularising sandwiches as a snack in Europe.

The Origins of Fruit Symbols

Synonymous with slot machines, fruit symbols such as cherries and lemons were first made by the Bell-Fruit Gum company who used an interesting tactic to get around slot machines being illegal.

The machines where made to look like fruit gum dispensers rather than slot machines, with gum prizes then being exchanged for cash, beer, or cigars under the bar.

The company is also responsible for the BAR symbol common on slot machines, with fruits, bells, and the number seven all remaining popular on machines to this day. In fact, penny slot machines remain one of the most profitable games for modern casinos.

No dice is a popular gambling term in North America that has one of the more unique origin stories. When playing dice games was illegal throughout the US, underground games were commonplace, and when raided by the authorities the organisers had one option to save their neck – swallow the dice.

Doing this would eliminate the only evidence of gambling taking place, with the term no dice no conviction being born from this fact, eventually being shortened to the no dice term still popular today.