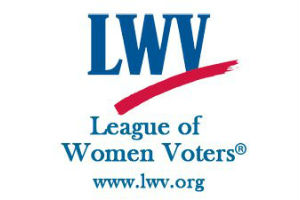 The League of Women Voters today unveiled its People Powered Fair Maps Campaign, a coordinated effort across all 50 states and the District of Columbia to create fair and transparent district maps nationwide.

The campaign kicks off with a half-million-dollar investment from the League of Women Voters of the United States. All 50 state Leagues and the League of D.C. will receive funding to support advocacy, education, organizing and mobilization, partnerships, litigation, and protection around redistricting processes. The League will also host a national convening in October 2019, where League leaders from around the country will gather to discuss their state’s role in advancing redistricting reform.

“As long-time leaders on redistricting, the League has played a major role in establishing nonpartisan redistricting commissions and effectively challenging the enforcement of an equitable process for district map creation,” said Chris Carson, president of the board of directors of the League of Women Voters of the United States. “Because we have a presence in more than 750 communities, in all 50 states and the District of Columbia, the League is well positioned to lead this national conversation and seek to establish fair processes across the country.”

In June 2019, the Supreme Court ruled in Rucho v. League of Women Voters of North Carolina and companion cases that there is no fair test to determine when partisan gerrymandering has gone too far.

“When the Supreme Court ruled that federal courts could not play a role in policing partisan gerrymandering, we realized that, while the decision was a blow to our efforts, it also presented an opportunity for us to lead a national conversation about other fixes to this flaw in our democracy,” said Virginia Kase, CEO of the League of Women Voters of the United States. “Our organization was founded nearly 100 years ago, when women didn’t have a voice in government. Today, the League of Women Voters carries on the legacy of the suffragist movement by ensuring that voters choose their representatives, not the other way around.”

The League of Women Voters, which turns 100 years old in February 2020, is planning a nationwide coordinated day of action in early 2020 to raise awareness about the importance of the census and redistricting processes that affect everyone.

“It was no small feat to assess the work that Leagues have done for decades and craft state-specific plans that will take each state’s work to the next level,” said Celina Stewart, senior director of advocacy and litigation. “This campaign is a powerful collaboration between more than 750 Leagues at national, state, and local levels, aimed at ensuring democracy works for us all in 2021 and beyond.”

As an organization born out of the women’s suffrage movement, the League of Women Voters is no stranger to ambitious campaigns that fight to extend democracy. For the past 100 years, the League has developed an expertise and a determination focused on achieving full and fair democratic participation for all. The People Powered Fair Maps Campaign is a natural continuation of the work to which the organization has been committed for nearly a century.

The People Powered Fair Maps Campaign kicks off this month and will continue through 2020 ahead of the 2021 redistricting cycle. For more information about the campaign, check out LWV.org.