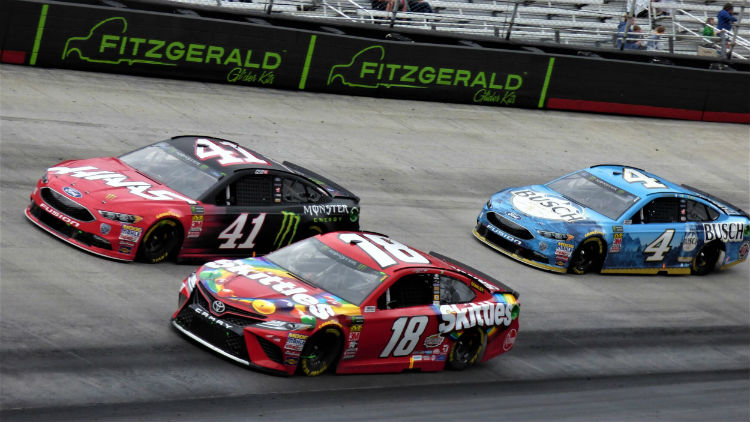 The weather may have postponed the Food City 500 from Sunday into Monday but rain, sleet and snow, could not slow Kyle Busch in his quest to win the Food City 500 on Monday afternoon at Bristol Motor Speedway.

Busch would pilot his Skittles No. 18 Toyota to the front and lead 117 of  500 laps including bringing back the famous “Bristol Bump and Run” after bumping Kyle Larson to lead the final six laps.

The win was Busch’s second straight win on the 2018 season and his seventh win at Bristol. Today’s win also notched “Rowdy” his 45th NASCAR career win.

The decision to go by Busch and challenge Larson for the lead and win was, a no brainer.
“I knew it was a little early because you tend to try to want to think about saving that bump-and-run deal for the last lap,” replied Busch following the win.“ I just took my chance with it.”

In the end, the unfortunate recipient was Kyle Larson.

The Chip Ganassi driver led 200 laps of the Food City 500 but still came up short as he finished finished second for the second time in eight races this year. It was something that didn’t sit well with the driver of the 42 car. 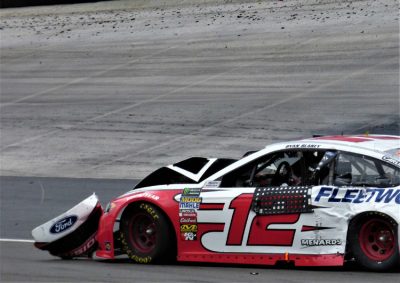 An ill-handling race car for Larson with 22 laps to go added more insult to injury of not winning the Food City 500.

Fellow Penske driver Ryan Blaney looked to be the driver to beat on Sunday but the Penske No. 12 Ford was caught up in a multi-car crash in Stage One. Blaney led 100 laps before the Lap 117 incident on Sunday.

Racing action moves up Interstate 81 and then onto I-64 for the trip into Richmond for the Toyota Owners 400, scheduled to run under the lights on Saturday night beginning at 7:00 PM at Richmond Raceway.