Kfir Gavrieli of Tieks speaks out on ‘Doing Business for Good’ 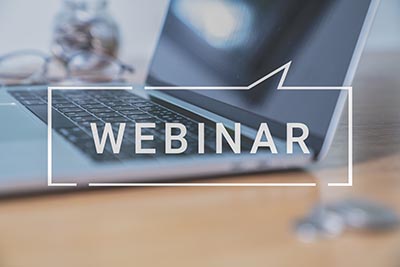 American Jewish University recently hosted a webinar on the subject of “Doing Business for Good” which featured conversations with two of the nation’s most forward-thinking entrepreneurs. These were Joe Sanberg, founder of Golden State Opportunity and CEO of Aspiration, an online banking company that offers innovative and flexible payment terms for its customers; and Kfir Gavrieli, CEO of Tieks, a women’s fashion brand that sells foldable ballet flats made of Italian leather.

These two successful businessmen are doing business with a focus on social consciousness, placing their emphasis not only on securing long-term profitability and growth, but also on giving back to their communities and moving an agenda of “doing what is fair and right.”

Sanberg’s commitment to social justice causes is evidenced in his founding of Golden State Opportunity, a California-based company committed to helping Californians obtain financial security. The company is involved in a variety of efforts that help to ensure financial security for California residents, in such areas as job creation, community development, and benefits distribution. Golden State Opportunity has also assisted over 3 million low-income families in California to access over $6 Billion in earned income tax credits.

Through Aspiration, the financial industry’s leader in community giving, Sanberg has also devised an innovative and conscious banking company that allows customers to determine their own bank fees. Aspiration provides socially conscious, sustainable cash management services and investment products that help customers make money while contributing to a better world. Aspiration is also committed to not using customers’ deposits to fund oil pipelines or campaign contributions to politicians that work against working Americans, and donates 10% of earned bank fees to charities that help Americans struggling to build a better life.

Both Sanberg and Gavrieli have demonstrated a firm commitment to empowering communities while growing successful corporations through innovative business strategies.

“We as an organization have a tremendous opportunity to stand for more than whatever the product or service that we sell is,” noted Gavrieli, whose corporate focus has always included giving back to local and well as global communities.

Gavrieli has been active in community philanthropy for several years, and the Gavrieli Foundation has become the largest lender in the world on the Kiva platform, providing micro-loans to women entrepreneurs in communities of color around the world. These micro-loans are provided for women working through grass roots efforts in their communities, and represent the company’s commitment to empowering women all over the world.

Gavrieli also gained national attention recently when Tieks launched their Operation #SewTogether campaign that has mobilized the company’s customers, fans and supporters to sew and donate over one million facemasks to hospitals and health care workers around the United States.

“Now more than ever there’s an expectation that brands and companies will stand for something, to be a part of a community rather than just an entity that delivers a service or product,” Gavrieli added. He emphasized the fact that Tieks has ascribed to this manner of thinking since its inception in 2008, noting how the Jewish concept of the mitzvah has always been a driving force that defines how business is handled at Tieks.

“At Tieks, we’re predicated on the notion that we’re part of something bigger than just ourselves. And the fact that we as entrepreneurs have a vehicle through which to deliver positive impact to our communities, our societies, and our country, is frankly a privilege that now more than ever we have been able to capitalize on.”

Tieks achieved its impressive goal of donating one million masks to health care workers and hospitals by activating its followers on social media. The campaign initially began as an in-house effort when Gavrieli purchased a fleet of sewing machines and turned his company headquarters in Los Angeles into a mask-making factory by having his own employees sew masks for donation to critical front-line health workers. But by listening and responding to the show of support coming from Tieks’ followers and fans on social media, the company realized that people were looking for a way to contribute, to help the company’s efforts.

That’s what motivated Tieks to launch the #SewTogether campaign, which activated thousands of women on social media to come together in a drive to get critical PPE to health workers and hospitals, first in Los Angeles County, and then to other critical areas around the United States. The campaign provided instructions for followers on how to sew cloth masks with pockets for filters, and rewarded them for doing so with gift cards for their highly prized ballet flats that conveniently fold up and fit inside a purse or handbag.

“Social media allows brands to have relationships with their customers,” Gavrieli pointed out, also noting that, “People vote with their dollars.”  This vertical integration and direct relationship with consumers has led companies to understand that consumers are increasingly demanding that “social goodwill be intertwined with the fabric of the company” to which they are sending their money.

“We listened to our customers, supporters and fans who were reaching out and asking how they could help,” he explains. “We used our product as currency to reward these supporters for sewing. Thousands and thousands of women who stepped up collectively donated one million masks. I don’t think anybody can argue that a company who can have that kind of impact should – instead of having that impact – sit on the sidelines.”

He also discussed the difference between “performative” acts that many companies engaged in that were nothing more than hidden-agenda promotions for their own products. This included companies that were simply interested in getting their products out there to gain more publicity for their brands. Instead, Tieks focused on getting what was actually needed into the hands of those who needed it – in this case, critical PPE supplies in the form of facemasks. Only after that was achieved did the company decide to launch a promotion that donated Tieks gift cards to front-line health and service workers, again focusing on “what is right and fair.”

“The most pressing need was masks in hospitals where people were being treated. That was the front line,” he reiterated. “After we got them the masks that they needed, we said, ‘Okay, now let’s do something for you guys who’ve been protecting all of us.’” At that point the company launched a campaign that rewarded front-line workers with gift cards for Tieks popular and comfortable flats. “We had about a quarter of a million health workers take advantage of this promotion. It was deeply appreciated because we did what was right and fair in the moment and people were attuned to that. They can recognize when a company is doing things from a good place.”

He also feels that this position of doing business for good has helped Tieks’ public image and bottom line, not through self-serving predatory practices, but simply because the company gained the respect and support of its followers by responding to the needs of its community.

“Expectations of companies today are just different,” he concluded. “People are looking for substantive change and they want any company that they support to play an active role in that.”

Story by Hannah Madison. She is a professional writer who loves to make research on unique topics and express her thoughts by content writing.