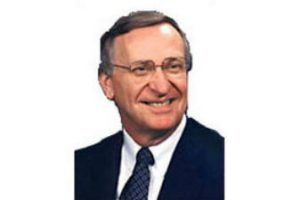 The most important election of my lifetime is coming up on Nov. 3, and I am not even on the ballot! It is likely the most important election in your lifetime as well. Yet, if past practices hold true, we will in the United States have one of the lowest voter participation rates in the world. We simply cannot have people deciding to stay home when the future of our basic form of government may be at stake. (No, I am not overstating the seriousness of what we are facing this election day!)

There are no good excuses for not voting. As an editorial last week in the Washington Post stated, “Virginia has gone from laggard to leader in making it easy to vote.” You can vote on Election Day November 3 at your usual polling place following the rules of the pandemic of wearing a face mask and keeping social distance. Alternatively, you can vote early at designated locations and times, or you can cast an absentee ballot with no excuse needed by postage-paid mail or dropped in designated ballot drop boxes. All this begins on September 18. Details are available at www.elections.virginia.gov/casting-a-ballot.

Historically Virginia has been a laggard in making it easy and convenient to vote. In fact, most voting laws in the past had the intention of making it difficult for most and impossible for some to vote. After the Civil War and Reconstruction, white supremacists who took control of the government passed laws with the publicly announced purpose of keeping Black people from voting. Some poor whites met the same fate. Virginia had the lowest rate of voter registration and participation in the country and the world with these laws that were part of the Jim Crow movement.

The first challenge in voting in Virginia in the past was getting yourself registered, if you could find the voter registrar who was part of the governing machine and not readily accessible. Registration was by a blank sheet process whereby you were required to supply on a blank sheet seven specific pieces of information exactly in the order they were required in the state constitution. Stories abound about college-educated Black or progressive persons who could not pass the literacy test to vote because of the ways the requirements were manipulated.

Once registered to vote in the Virginia of the past you were required to pay a poll tax to cast your ballot. The $1.50 was a problem for some, but the greater problem was remembering and meeting the requirement of paying the tax at least three years in a row six months before the election. Only the party faithful received a reminder.

See why I say there is no excuse for not voting this year?! It could not be easier. Make sure that you, your friends and neighbors are registered, in person or on-line, by the deadline of October 13. Make a plan to vote that you will keep: vote early in-person or by absentee ballot or on election day. No excuses!