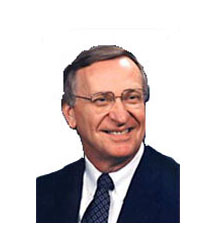 With the wide publicity the Arizona law has received requiring police to question people if there is reason to suspect they are in the United States illegally, the Police Foundation distributed to state legislators the results of a study it had conducted on the issue. As the president of the Foundation explained in his transmittal letter, there is “the possibility of similar legislation being introduced in Virginia.” It is more like “probability” than “possibility” that such legislation will be introduced in the General Assembly. After all, it was Prince William County, Virginia, that gained such notoriety by passing a local ordinance similar to the law, and it was Herndon, Virginia, that closed its day labor site over concerns about illegal immigration. Most recently Virginia Attorney General Ken Cuccinelli opined that police in Virginia can check the immigration status of anyone they stop.

The Foundation’s report, “The Role of Local Police: Striking a Balance Between Immigration Enforcement and Civil Liberties” is available at www.policefoundation.org/strikingabalance/. Clearly there are differences of opinion on an issue this controversial among the diverse group of local law enforcement officials who studied it, but “a majority of police chiefs seem to regard the cost of participation in civil immigration enforcement efforts, where there is no criminal nexus, as outweighing the potential benefits.” They would oppose what the attorney general is supporting in Virginia. There was also agreement that local police officers should be prohibited from arresting and detaining persons to solely investigate immigration status in the absence of probable cause of an independent state criminal law violation. Noteworthy was the finding that “local and state authorities should develop policies and procedures for monitoring racial profiling and abuse of authority.”

Several studies of issues within the broad topic of immigration were conducted for the report. One study related to the popular myths that have been perpetuated by some politicians and the media about immigrants and crime. “Undocumented Immigration and Rates of Crime and Imprisonment: Popular Myths and Empirical Realities” study found that perceptions that the foreign-born, especially “illegal aliens,” are responsible for higher crime rates “are not supported empirically; in fact, they are refuted by the preponderance of scientific evidence.”

The Police Foundation study concluded with advice to its members that should be heeded by all: “place pressure on the federal government to comprehensively improve border security and reform the immigration system.” As President Obama said recently in a speech on the issue, “The American people demand and deserve a solution. And they deserve common-sense, comprehensive immigration reform grounded in the principles of responsibility and accountability.”

Cooperation that has been developed through community policing between immigrant communities and local police should continue without state or local interference. That will make for safe communities and the protection of civil liberties.