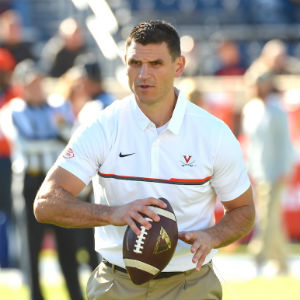 “Nick will continue to be our lead on the defensive side and will concentrate on the secondary,” Mendenhall said. “Kelly will focus on our defensive front. He has a comprehensive understanding of our scheme and approach on defense having matriculated from player to graduate assistant to assistant coach in this system. With coach Brumfield taking over as the lead for our special teams, this provides an excellent chance to realign our coaching resources on the defense.”

Poppinga has been a member of Mendenhall’s coaching staffs since working as a defensive intern at BYU in 2009. He was a graduate assistant in 2010 and became a full-time assistant the following season, coaching the outside linebackers. He added the responsibilities of special teams coordinator at BYU for the 2013-2015 seasons.

Poppinga helped several BYU outside linebackers advance to the NFL in recent years. Ziggy Ansah, the fifth overall selection in the 2013 NFL Draft, has played his entire career with the Detroit Lions. He was named to the 2015 Pro Bowl. Kyle Van Noy was selected by the Detroit Lions in the second round of the 2014 NFL Draft and Alani Fua earned a spot with the Arizona Cardinals in 2015. Spencer Hadley made the Oakland Raiders roster in 2014.

As a player, Poppinga was an All-Mountain West Conference linebacker and Academic All-MWC honoree at BYU under Mendenhall while helping the Cougars achieve back-to-back conference championships in 2006 and 2007. Poppinga redshirted Mendenhall’s first season as head coach at BYU in 2005 after transferring from Utah State where he played two years (2003-04). Poppinga helped BYU achieve Las Vegas Bowl wins over Oregon and UCLA and led the team with 113 tackles his senior season. He spent the 2008 season with three NFL teams before going to Super Bowl XLIII with the Arizona Cardinals.

A native of Evanston, Wyo., Poppinga has completed bachelor’s (2007) and master’s (2010) degrees from BYU in exercise science. Poppinga and his wife, Rebekah, have four daughters.