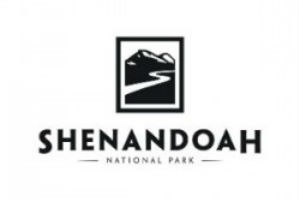 Second Lady Karen Pence, joined by Secretary of the Interior David Bernhardt, visited Shenandoah National Park Friday to talk about the many mental health benefits the outdoors offer and the important work of National Park Service employees as America reopens.

As the Lead Ambassador for PREVENTS, Pence highlighted the important mental health benefits of getting outdoors, and she thanked the employees for their hard work in safely reopening and preserving the park during such difficult times.

Then, Pence and the Secretary met with the park’s current Artist-in-Residence to learn more about the park’s Artist-in-Residence program and view her artwork in progress as well as work from former Shenandoah Artists-in-Residence. Then, they observed local artist Betty Gatewood teaching a watercolor class to a small group of students, ages 10-18, and spoke with the students on how they have enjoyed the class.

To learn more about the Shenandoah’s Artists-in-Residence program, click here.

“Now more than ever before, Americans must pay attention to their mental health,” Pence said. “Our nation’s great National Parks, such as Shenandoah, are places to relax, unwind, and enjoy the great outdoors.”

“Second Lady Karen Pence’s important message resonates with millions of Americans who regularly visit national parks, seeking solace, respite and rejuvenation,” said U.S. Secretary of the Interior David L. Bernhardt. “President Trump has called on Congress to invest in our parks and public lands, so current and future generations have the opportunity to fully experience all of the wonders of the great outdoors for the wellbeing and vitality of the American people.”

On March 5, 2019, President Trump signed Executive Order 13861, establishing a three-year effort known as the President’s Roadmap to Empower Veterans and End a National Tragedy of Suicide (PREVENTS). PREVENTS recently launched their national health campaign called REACH, which aims to empower all Americans to play a role in preventing suicide. To learn more about PREVENTS, click here.