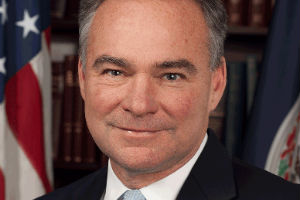 U.S. Sen. Tim Kaine, a member of the Senate Armed Services Committee, comments on final Senate passage of the Fiscal Year 2020 National Defense Authorization Act (NDAA), which includes Kaine’s provisions to improve military housing and many of his other priorities for Virginia, including support for shipbuilding.

While the Senate passed the national defense bill today, the Senate will vote tomorrow on a bipartisan amendment Kaine sponsored with Senator Tom Udall to prohibit funds from being used for military operations against Iran without explicit authorization from Congress. If the amendment passes, it will be retroactively added to the national defense bill.

“Every year, I’m proud of the bipartisan work that goes into passing the national defense bill and keeping Americans safe. This year was no exception. We included strong provisions to support our military and strengthen our national security. After listening to military families at Naval Station Norfolk and Ft. Belvoir about their issues with military housing – like mold and safety concerns – I worked to include reforms in this must-pass bill to help ensure these problems are addressed. There’s still one amendment to the defense bill that we have yet to take up – my amendment to prevent the President from going to war with Iran without Congress doing its constitutional duty and voting on it. Americans don’t want another war in the Middle East and I’m going to do everything I can to block President Trump from unilaterally starting one. I hope my colleagues will join me in supporting this amendment tomorrow,” Kaine said.

The following list includes many of the programs and provisions Kaine advocated for during the markup process that were included in the final bill, which will directly aid Virginia’s defense industry: