Justin Anderson taken by Dallas in NBA Draft first round 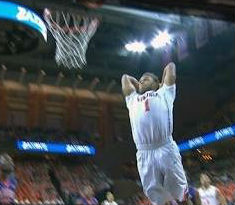 UVA junior Justin Anderson was selected by the Dallas Mavericks with the 21st pick in the 2015 NBA Draft.

Anderson, a 6’6” guard, was an early entrant into the NBA Draft after finishing his third year at Virginia in 2015.

The 2014 ACC Sixth Man of the Year, Anderson moved into a starting role for coach Tony Bennett in his junior season, before going down with a broken finger on his left hand in a Feb. 7 win over Louisville.

Anderson also missed time after undergoing an emergency appendectomy before returning for the 2015 postseason.