Juneteenth celebration should get more attention with focus on racial justice 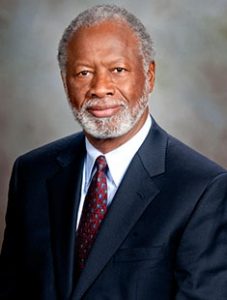 Juneteenth, the annual June 19 commemoration of the end of slavery, could get heightened attention with continued protests for racial justice, according to a Virginia Tech expert.

“The protests that started with the killing of George Floyd will undoubtedly spread to Tulsa, Oklahoma,” said Wornie Reed, director of Virginia Tech’s Race and Social Policy Research Center. “Many will protest President Trump holding a political rally in Tulsa that day — this on top of Trump’s record on race and Tulsa being the site of the greatest massacre of African-Americans in the history of the United States.”

Juneteenth honors the day in 1865 on which, more than two years after the Emancipation Proclamation was issued, Union soldiers landed in Galveston, Texas, and announced the news of the proclamation to enslaved African Americans.

That coastal area of Texas was the last to hear that the Civil War had ended two months earlier.

Many companies are beginning to recognize the importance of Juneteenth, and are making it a paid annual holiday.

Reed, however, rejects the notion that it should become a national holiday.

“No, I do not think Juneteenth should be a national holiday,” said Reed. “I would suggest The Emancipation Proclamation, which was signed by President Lincoln on September 22, 1862, and issued on January 1, 1863. It declared that all slaves in the states currently engaged in rebellion against the Union ‘shall be then, thenceforward, and forever free.’”