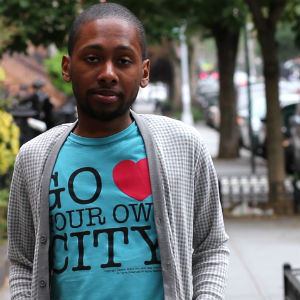 Happy New Year, or better-fitting, Funny New Year, as Lifeview Marketing resumes the United Nations of Comedy Series on Saturday, February 28th at the V. Earl Dickinson Building on the campus of Piedmont Virginia Community College. The show will be headlined by the hilarious brother of comedian Chris Rock, Jordan Rock. You read correctly, Jordan Rock is coming to Charlottesville, Virginia for his debut appearance in this area.

Jordan Rock is no rookie to the comedy scene. He has performed in the top comedy rooms throughout the nation, including but not limited to: New York Comedy Club, Live at Gotham, Carolines, Comedy Strip and many others. Rock has performed with some of the biggest names in comedy and has appeared on FXX’s Totally Biased with Kamau Bell, NBC’s Last Comic Standing, and other national programs. As he steps out of the shadows of his star-studded Rock brothers, Chris and Tony, Jordan shows that he is more than just a name, night in and night out.

The United Nations of Comedy (UNOC) Series has brought to the market some of the hottest and funniest comedians as seen in movies and television sitcoms. The series is a spinoff of the successful UNOC Tour. The project’s mission is to promote diversity through laughter by presenting a multicultural lineup on stage, which represents and serves as a reflection of the local community. If you need to laugh, love to laugh and/or want to laugh, then you must come out to see Jordan Rock on stage.

Tickets are on sale now for $20 in advance and $25 at the door so get yours now and save at Plan 9 Music (Seminole 29N), Sidetracks Music (2nd Street-Downtown), Mel’s Barber Shop (Behind Food Masters), Martina Payne Salon (inside Larry’s Barber Shop) or online at www.UnitedNationsofComedy.com. Students’ price does not increase at the door.

Doors of the V. Earl Dickinson Building (PVCC) open at 7:30pm and showtime starts at 8:30pm. The Dickinson Building is located at 501 College Drive, Charlottesville, VA 22902, conveniently located off of Interstate 64 and Route 20. Free ample parking is available and seating is handicap accessible.