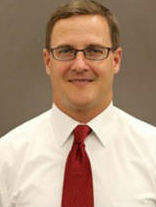 Jon Freeman has been named the 10th head coach for the Virginia Military Institute men’s soccer program in an announcement made Monday afternoon by athletic director Dave Diles.

A native of Blacksburg, Va., Freeman comes to the Institute after serving as an assistant coach with the men’s team at Washington & Lee University during the 2014 season after a season as the volunteer assistant coach for the women’s soccer team at radford university.

“VMI’s men’s soccer program has a great group of cadet-athletes, and I’m sure they will bond quickly and benefit from the leadership of Jon Freeman,” said Diles. “Coach Freeman’s background gives him unique qualifications for our position. He’s an established head coach, and has deep Virginia roots that will benefit our program’s recruiting efforts. In addition, there isn’t any doubt that Jon has exceptional leadership abilities.”

A 2000 graduate of The College of Wooster, Freeman has experience as a head coach after serving as the head man at Ashland University in Ashland, Ohio for three seasons. Guiding VMI will be Freeman’s second stint as a head coach in the Commonwealth of Virginia after guiding the Ferrum College program for one year in 2009.

“It is a great honor to be hired as the head men’s soccer coach at VMI. VMI has an ongoing tradition of great academics and competitive athletics in a military environment. I am excited to be a part of this tradition and working within the mission of the Institute,” said Freeman. “If a university is judged on their end product, VMI is at the top, as VMI has a proven record of molding positive global virtues into their cadets’ lives that make them successful in all facets of life. These virtues instill a passion for success in the workplace, and create engaged citizens that become leaders of their communities. I look forward to fostering an environment on the field of play that promotes these same virtues to make the soccer program the best it can be. I would like to thank Dr. Diles and General Peay for this opportunity to lead the team forward into the future and representing VMI.”

Freeman was the head man at Ashland from 2010-13, amassing a 27-22-8 overall record with the Eagles, including a 13-5-3 mark in his first season. Freeman guided the Eagles to a national ranking as Ashland was slotted No. 20 in the Division II rankings during the 2010 season, a year that saw Ashland earn a berth in the NCAA tournament. That season, Ashland went 9-1-2 in the Great Lakes Intercollegiate Athletic Conference, winning the regular season title, and earning the league’s automatic qualifier to the NCAA tournament by winning the GLIAC Championship.

Prior to Ashland, Freeman guided the Ferrum program for the 2009 season. Freeman has extensive experience in Virginia after serving as an assistant coach with the men’s program at Radford from 2000-2004.

The spring schedule for the VMI men’s soccer program will be announced early in the new year.