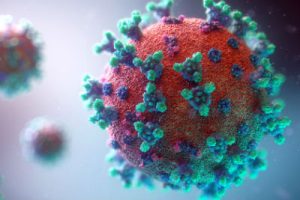 The number of new initial unemployment claims in Virginia last week was at the lowest level since the beginning of Gov. Ralph Northam’s COVID-19 lockdown.

For the filing week ending June 6, the figure for seasonally unadjusted initial claims in Virginia was 29,231. The latest claims figure was a decrease of 2,148 claimants from the previous week.

The weekly total was the lowest since before the initial spike in unemployment insurance claims during the March 21 filing week.

For the most recent filing week, continued weeks claimed totaled 396,056, down 2,355 from the previous week. The continued claims total is mainly comprised of those recent initial claimants who continued to file for unemployment insurance benefits during the COVID-19 pandemic.

Continued claims during the June 6 filing week equaled 48 percent of all initial claims filed during the pandemic to this point. This percentage has trended downward in recent weeks.

Pandemic Unemployment Assistance, a provision within the CARES Act, is a program that provides unemployment insurance benefits to those who are not covered by the regular/traditional Virginia state UI program. It provides payment to workers not traditionally eligible for unemployment benefits (self-employed, independent contractors, workers with limited work history, and others) who are unable to work as a direct result of the coronavirus public health emergency.