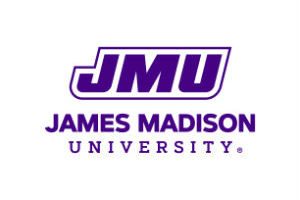 In research designed to help manage the pesky invasive species in Florida and Georgia, Bukovich spent hours upon hours watching video of the reptiles as they explored a Y-shaped maze. She then described her research as co-lead author of a scientific paper published Aug. 12 in the peer-reviewed journal, PLOS ONE, detailing results and research methods.

Argentine black and white tegus are native to eastern and central South America, but have been brought to the U.S. by exotic animal breeders and people who keep them as pets, said Rocky Parker, a biology professor at JMU who has funding from the U.S. Department of Agriculture for the tegu research. Males can grow to more than four feet long while females generally grow to about three feet long. Their appetite for eggs makes them problematic in Florida and Georgia.

The best way to manage an invasive species, Parker said, is to remove the females so the animals can’t reproduce. Finding an effective way to remove female tegus is the goal of the research, and so far, the results are positive. The research shows for the first time that female tegus follow male scent trails during mating season, a result that offers hope they can be lured into traps.

For her part, Bukovich spent hours watching video of male and female tegus that were released into a Y-shaped maze under various scent scenarios to study their behavior, and to describe behaviors in a way that other researchers involved in the project would be consistent in describing what they observed.

“When the lizard pauses, all observers need to be able to identify that as a pause,” Bukovich said. “We know a pause is when the lizard remains still for three seconds or more. We needed a definition of each behavior so each observer described the behaviors the same way.” Other behaviors observed and explained included head movements and tongue flicking.

The research showed that male and female tegus follow scent trails of other tegus during and outside of mating season, from March to May, but female tegus exhibited stronger trailing abilities than males, who tended to be more passive, and made quicker decisions in which way to go in the maze. The papers states that, “Given the strong female response to odor, sex-specific targeting of tegus via application of a conspecific (belonging to the same species) chemical cue in traps could enhance removal rates of females during the breeding season.”

“The first thing I noticed was how decisive the females were,” Bukovich said. “When we opened up an arm of the maze, the females would bolt out and make their decision, but the males were very meticulous and would come out very slow and hesitant.”

Added Parker, “If females are zooming through their environments looking for those cues, that would be extremely exciting from a management perspective.”

Most of the research and the writing was completed before the COVID-19 pandemic, but Parker said it could have been done during the pandemic because it does not require fieldwork. “One of the reasons we collaborate with USDA on these projects is because USDA pays for JMU undergrads to do remote work,” he said. “We were already set up to work remotely. If all of that money had been tied to us flying down to Florida to work, we wouldn’t have been able to.”

Bukovich is also working with Parker on research into managing Burmese pythons in south Florida, another project that is done remotely and is being funded by the U.S. Geological Survey.

The tegu research is continuing and Parker wants to find out if female tegus will follow scents extracted from the shed skins of males.