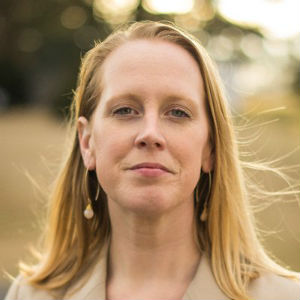 I like what I’m seeing out of the Jennifer Lewis 20th House District campaign, in a district that I’ve been thinking for a few years is prime for the flipping.

Lewis, remember, had a strong run for the Sixth District congressional seat in 2018, getting a tick over 40 percent of the vote district-wide, and running strong in precincts in the 20th, which includes Staunton, Waynesboro, Highland County and parts of Augusta County.

Lewis outpolled Republican Ben Cline in Staunton, winning 56.3 percent of the vote, and it was basically a dead-heat in Waynesboro, which Lewis lost by 33 raw votes, a 0.43 percent margin.

Cline is a known entity politically here in the Valley, having represented the area in the House of Delegates ahead of his run for Congress for 16 years.

Keep that in mind when you’re trying to put some context to those numbers.

Also keep in mind that there are four Democrat-friendly precincts in Nelson County in the 20th.

Although, more context, the Augusta County precincts are far, far right. How far right: the county gave 70 percent of its vote in the 2018 Republican Senate primary to white nationalist-lite Corey Stewart.

Things that make you go … blecch.

One advantage for Lewis in 2019: the 20th is what we call in the politics trade an open seat. Dickie Bell, who had represented the district since 2010, isn’t running for re-election, maybe because he saw the writing on the wall.

Bell had run strong in the district throughout his tenure, but what turned out to be his final run, in 2017, was a relatively close call. Challenged by Democrat Michele Edwards, Bell won with just 54.5 percent of the vote.

That close call, and Lewis’ strong showing in her 2018 congressional bid, have Democrats in Richmond thinking the unthinkable, that a win for the Ds in the Valley is a distinct possibility.

The only measure of how the 2019 race in the 20th is playing out to date that we have at our fingertips is a look at the fundraising numbers.

Lewis has the lead there on the Republican nominee, former Staunton mayor John Avoli. Lewis, through her June 30 report to the Virginia State Board of Elections, had raised $48,643, to Avoli’s $39,098.

You then have to factor in that Avoli had a primary opponent in the spring, and had to spend $36,766 of what he’d raised as of June 30 to win the Republican nomination.

You’re not hearing much from the campaigns at this point in time, mid-August, by design. We’re inside of three months from Election Day, but a campaign is a marathon, not a sprint, and it doesn’t do much, if any, good to put up fast splits now when you need to have something left for the final mile.

The next finance report will be worth getting a look at. I’d expect that Lewis will continue to show backing from local voters donating smaller amounts, and I’d be surprised if there isn’t some indication of support from Richmond, with the stakes for the local race on what is going on statewide become clear.

Remember, the partisan split in the House of Delegates is currently a razor-thin one-seat edge for Republicans.

Now, the tailwind for Democrats is suggesting to me that the Ds are in line to win back control of the House by a six- to eight-seat margin at the least when the dust settles.

Even so, you have to look at it like, every chance you get to flip a seat, you go all out, and this is as good a chance for Democrats in the Valley as I’ve seen since the 1990s.