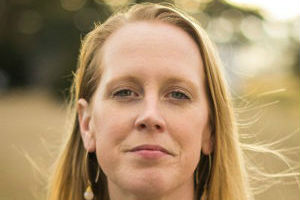 Sixth District Congressman Ben Cline, recently in the news for signing on to a Supreme Court brief seeking to overturn the 2020 presidential election result, has the attention of his next most likely political challenger.

Jennifer Lewis, who received 40.2 percent of the vote in the ruby red Sixth in an open-seat race with Cline in 2018, is itching to get into a rematch in the 2022 cycle.

“Our Trump enabling Congressman Ben Cline is an embarrassment to the 6th District. I can’t wait to run against him in 2022. I think about it everyday!” Lewis wrote in a Facebook post Friday morning.

Don’t let that 40.2 percent showing two years ago seduce you into thinking she has no chance. Her showing was 4.9 points better than this year’s Democratic nominee, Nicholas Betts, and 7.1 points better than former Harrisonburg mayor Kai Degner, who challenged the long-time Republican incumbent, Bob Goodlatte, in 2016.

It’s an uphill battle, for sure. The district lines will be redrawn based on the 2020 Census, but we can’t presume there will be much in the way of change at this moment in time, and if you look at the Sixth as it’s currently configured, it’s tough for Democrats.

Lots of rural, very red, counties, not a lot of blue cities and suburbs.

And it’s such a far-flung district – as currently drawn, stretching from Roanoke, over the Blue Ridge to Lynchburg, back to the west through Staunton-Waynesboro-Augusta, all the way up to Shenandoah County and Warren County, just south of Winchester.

It can be expensive, as Lewis knows.

In her Facebook note this morning, she noted low voter turnout in the 2018 cycle.

“I don’t need your money as much as I need your help in getting typical non-voters out to vote and talking to sensible Republicans to give me a chance,” she wrote.