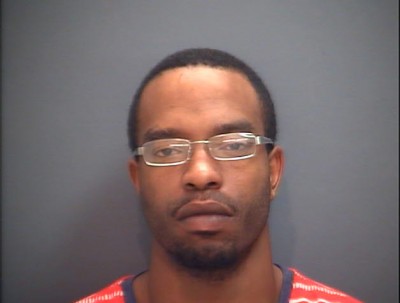 The Waynesboro Police Department arrested a Waynesboro man on several charges after a weekend assault on his girlfriend. Officers charged Steven Joseph Faulkner, 28 years old, after he viciously attacked the 24-year-old victim in the home that they share.

On Sunday at approximately 11 a.m., an officer responded to a residence in the Wayne Hills neighborhood of the city for a report of a 911 hang-up call.  When the officer arrived, he spoke with the victim who told him she and Faulkner had a domestic dispute.  She told the officer that she ordered Faulkner to leave the residence.  When he initially refused, she dialed 911, which prompted him to leave; therefore, he was not present when the officer arrived.

At approximately 1:30 p.m. on the same date, the victim came to the Police Department seeking assistance.  During the subsequent interview with officers, she elaborated about the earlier dispute which was actually a savage assault by Faulkner.  During the argument, he accused her of infidelity and  got violent.  The victim said that Faulkner, burned her with a cigarette, hit her in face and choked her for nearly 15 seconds.  He also sexually abused her.  He eventually left the residence again at which point the victim came to the Police Department.  She was treated for her injuries at Augusta Health.

Faulkner surrendered himself to the Police Department on May 20.  He is facing the following charges:

Faulkner is being held in Middle River Regional Jail without bond.