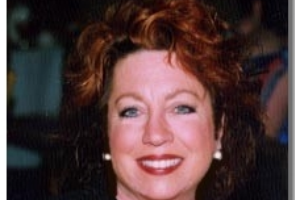 The Jamestowne Society will be meeting Saturday, Aug. 10, at The Club at Ironwood in Staunton, for a luncheon to commemorate the Lady Rebecca Staunton Company’s organizing governor, Elizabeth “Janie” Sherman, a Staunton resident and professional genealogist who published in 2008 the book, Augusta County, VA Earliest Will Index, 1745-post 1900.

Sherman’s Jamestowne ancestors are John Bates and Dr. John Woodson, who arrived at Jamestowne exactly 400 years ago this year.

Sherman is a graduate of East Tennessee State University, former Trinity Episcopal Pre-School in Staunton founder and director; past executive director of the Mental Health Association for 17 years;  and was a certified genealogist for 15 years before semi-retiring to teach and work on her own genealogy.

Sherman for the past 20 years has enthusiastically presented genealogy classes for the Staunton Public Library that are free to the public. She is a member of more than 40 societies, including Charlemagne, Colonial Dames of America, Presidents and First Ladies, Knights of the Bath, St. Margaret of Scotland, and is rising President of United Daughters of the Confederacy in Staunton, through which she says, “one learns history through ancestors.”

Her ancestors are Thomas Jefferson’s aunt, First Lady Dolley Payne Madison, as well as, the scandalous Jesse James! She recently took her granddaughter, Reagan Deitz, to England and Ireland to help her discover her roots in person when she attended Evensong at the Chapel at Windsor Castle (where Prince Harry married) which was built by her direct ancestor, William the Conqueror.

The Jamestowne Society meets twice a year for a luncheon and speaker where Sherman has been governor; and will on this occasion also elect new officers: governor,  Julian H. Taliaferro, former vice mayor and fire chief of Charlottesville; and lieutenant governor, Marian H. Novak, Ph.D., of Rockbridge Baths.

The speaker will be Jamestowne Society Special Events Committee Chairman Anne Stokes Moore of Williamsburg. Her topic is, “1619, The Jamestowne Brides and the Legacy of Jamestowne 400 Years Later.”

Moore says, “after the  colonists had survived the 1609-10 ‘starving time,’ had persevered through the austerities of martial law, and had endured the King’s helper, Sir Edwin Sandys, as new Virginia Company Treasurer, then the new Jamestowne settlement was liberated from communal living on company land to private ownership, which in turn, led to the First Representative Assembly in 1619 as well as in this same year, the arrival of the Jamestowne Brides and the first “twenty and odd” Africans who arrived on the ships Treasurer and White Lion. Included, Moore will discuss the book, 1619, Jamestowne and the Forging of American Democracy by James Horn described as, “Along the banks of the James River in the oppressively hot summer of 1619, two events occurred that would profoundly shape history. In the newly built church, the General Assembly met–the first representative governing body…then a few weeks later, a battered privateer arrived carrying the first African slaves to land in America which led to the paradox of:  Slavery in the midst of Freedom.