It’s Fire Prevention Week: Get your safety tips from the Virginia Department of Fire Programs 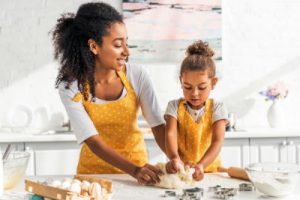 The Virginia Department of Fire Programs State Fire Marshal’s Office reminds Virginians to keep safety at the forefront while cooking and using appliances in the kitchen.

As we spend more time in our residences, the chances of fire-related accidents and injuries increases.

“There have been 29 civilian fire fatalities in Virginia as of September 30. Of those fire fatalities, roughly 3% were caused by cooking. 48% occurred in single-family homes. While the percentage of cooking-related fires in Virginia is low at this point, it doesn’t mean that we can rest easy,” said Virginia State Fire Marshal Garrett Dyer. “We often think of the stove and the safety around that appliance, but smaller appliances such as deep fryers and microwaves can start fires that are equally as destructive.”

In the report, it is noted that high-risk populations include those 55 years of age and older. In Virginia, 24% of the total reported civilian fire fatalities victims were between 56-80 years old.

Dyer continued, “The statistic translates to one out of four Virginians over the age of 55 are at a higher risk of a fire-related casualty or injury. Check on your neighbors that fit this category, bring them a meal from time to time. Make sure the meal is prepared using safe cooking practices. And, don’t forget to wear your mask as you enter their homes.”

“We hope that the message resonates before we head into the holiday season in a few weeks,” said Dyer.

Thanksgiving and Christmas Day are the leading days for cooking fires in the home.