Is it really that crazy for President Trump not to throw in the towel on the 2020 election? 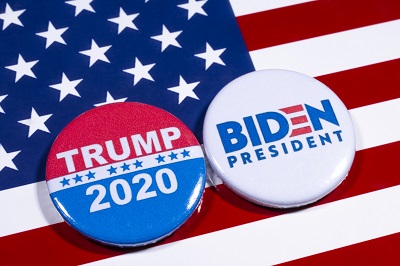 There’s a reason the AP and everybody else has called the race for Joe Biden: it’s that Biden is pretty secure – at the absolute least, he ends up with 279 electoral votes, assuming, and it’s a safe assumption, that Pennsylvania, where the Democratic nominee has a 50,215-vote margin, doesn’t go anywhere.

Take those 10 away, and things could get interesting.

Arizona’s 11 electoral votes haven’t been accounted for in terms of the March to 270.

Neither has Georgia’s 16 electoral votes. Biden has 14,093-vote lead there.

North Carolina’s 15 electoral votes are technically up for grabs, but Trump, up 73,276 votes there, seems safe in the Tar Heel State.

Most likely, this thing ends up with Biden at 306 electoral votes, which would be what Trump ended up with back in 2016.

Funny how things would work out there.

But we’ve still got a relative handful of votes to still count.

And it’s OK to wait until they’re done.

Seriously, it’s not hurting anybody.

Biden is plowing ahead with his transition.

What’s not OK is Team Trump casting doubt on the conduct of the election as the votes are being counted.

Al Gore actually had an election stolen from him, and even he saw the need to concede when the clock ran out.

The clock is about to run out on Trump.

It’s about as sure a thing as any thing has ever been a sure thing that Joe Biden is 46.

Finish the count, certify the outcome, then GSA Administrator Emily Murphy can do her thing.