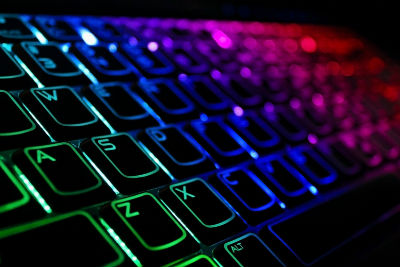 Globally, patent filings are on the rise

The World is not short of patents. According to latest data available, about 3.3 Million patents were filed globally in 2018. This constitutes a growth rate of 5% in comparison to the previous year. Most of these patents stem from various Asian countries; in particular China. Traditional patent owners such as the U.S.A. are however also not short of patent applications. The United States reports nearly 600 000 patent requests. Europe is somewhat lagging behind with only 360 000. These are significant volumes of intellectual property and suggests that important parts of investments made in R&D are patentable.

When it comes to commercializing IP, a different picture presents itself. Globally, there are nearly 400 billion US Dollars reported for global revenues stemming from IP. Asia has yet to come to grips with the management of intellectual property.  China’s 6 billion US Dollars in revenue appear meagre in comparison to the 136 billion US Dollars the EU reports and the 130 billion that the balance of payment statistics of the United States show. Other parts of the world lag behind with a combined revenue of 52 billion US Dollars.

Dr Roya Ghafele, Executive Director of OxFirst concludes:  argues: ‘Even though this is just very rough data, it illustrates that worldwide companies are starting to get the hang on leverage the economic opportunities provided by intellectual property. But there is still scope for improvement. The overall direct gains reported from IP, are still not at the same level of IP generation. There is a need to enhance further understanding about the many commercial opportunities provided by IP. This can best be achieved through an IP valuation. ‘

IP commercialization has commonly been reduced to the sole work of licensing companies. The many economic opportunities provided by IP extend however beyond that. IP can form the cornerstone of various different commercial transactions, be they mergers or acquisitions, joint ventures or IP swaps. IP can also be sold and made use of in a financial transaction. Last but not least, the IP can also be decoupled from the underlying company and be used to enhance Open Innovation.

All of these different strategies require however a good understanding of the economic value of the intellectual property. An IP Valuation provides such insights. By putting a price tag on intangibles, it makes them tradeable. This is how IP can truly assume its role as ‘the currency of the knowledge-based economy.’

An IP valuation combines economic, technical and legal data. As such, it allows to make predictions on the present and potential future worth of intellectual property. An IP valuation consists of a rigorous due diligence process followed by an econometric analysis of the technology and the rights that underly it. This process allows to turn legal rights into economic opportunities.

Dr Roya Ghafele concludes: ’Through the lens of an IP valuation, it becomes possible to turn otherwise underleveraged rights into market opportunities. How different patents compare against each other can be a crucial source of information for any type of business.’

As new technologies allow firms of all size to branch out into ever new ways of success, the legal rights underpinning such technologies need to be equally seen under a new perspective. It is through the mechanisms of an IP valuation that this becomes possible.