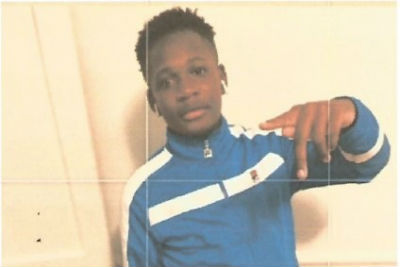 The reward for information that leads to the arrest and conviction of the person(s) responsible for the homicide of K-Ron Surratt is now $10,000.

On Sept. 5, 2020, the Emporia Police Department responded to reports of shots fired in the 200 block of Briggs Street and located 14-year old K-Ron Surratt, who had deceased from gunshot wounds.

Emporia Police are aware of ongoing conflicts between rival gang sects in the city with exchanges of retaliatory gunfire on several occasions. Investigators do not believe K-Ron was involved in gang activity, but may have been a victim of random gunfire between rival gang members.

The FBI’s Richmond Area Violent Enterprise Task Force is assisting the Emporia Police Department with this homicide investigation, and believes that by increasing the reward to $10,000 someone will call in a tip that — added with the information already provided — will lead to the arrest of those responsible for K-Ron’s death.

The original Seeking Information poster, on the FBI’s website, has been updated to reflect this new reward amount.

Contact the Richmond Division of the FBI at 804-261-1044 or via Tips.FBI.gov with information.