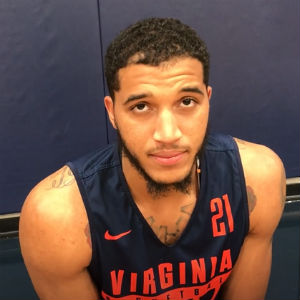 He will start in the frontcourt this season for Virginia.