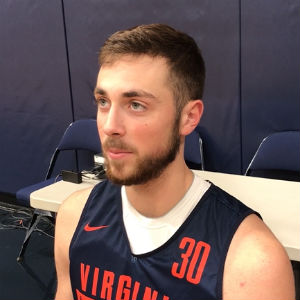 Huff has grown two inches and added 40 pounds to his frame since enrolling at Virginia.

He is expected to get frontcourt rotation minutes this season. An athletic presence at the back end of the Pack Line on the defensive side, Huff has three-point range to go with ability to put the ball on the floor from the perimeter.