Inside the Numbers: Virginia wins ugly, but that’s nothing new 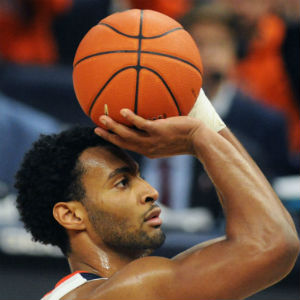 That Virginia-Clemson game was slow, even for a Virginia game: to the tune of 54 possessions.

For reference, UVA averages 59.0 possessions per game, per KenPom.com, which is dead-last in D1, and Liberty, coached by former Tony Bennett assistant, is the next-slowest, at 60.6.

Less than a point per possession.

We’re 11 games into the ACC schedule at this point. Virginia is somehow 7-4, despite not having yet scored more than 65 points in a game.

Once in those 11 games has UVA scored more than a point per possession in a game – in the 65-39 win over Virginia Tech back on Jan. 4.

Virginia is averaging .905 points per possession in ACC play, worst in the ACC.

The saving grace, you guessed it, defense: UVA is allowing .836 points per possession in conference play, by far the best in the ACC.

No ACC foe has had a point-per-possession game yet against Virginia this season.

More trips to the dentist’s office for root canals without Novocain are forthcoming, is the message here.

Virginia was a modest 9-of-17 on shots at the rim Wednesday night.

Clemson went zone early, it worked, and stayed in it, largely, the rest of the way.

The shooting from three looks better than it should: Braxton Key, shooting 17.4 percent from three coming in, was an uncharacteristic 4-of-6 from long-range, keying a 7-of-20 effort for the night.

Which leaves us with an obscene 1-of-9 performance in the mid-range.

Clemson, on its side, settled way, way too much for threes: shooting 6-for-28 from three.

Kihei Clark had one point: connecting on 1-of-3 free throws after being fouled shooting a three at the 8:46 mark of the second half.

But the sophomore point guard also had 10 assists, which led to 26 Virginia points.

Virginia hit on five of its first eight shots to jump out to an 11-2 lead five and a half minutes in.

Bennett subbed in Casey Morsell for Jay Huff at the 14:10 mark.

Clemson went zone. For the most part, stayed in it thereafter.