Inside the Numbers: UVA left one on the field in loss at Indiana 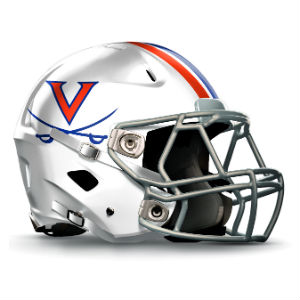 Gotta get the little things right. That’s the takeaway for UVA football after the ‘Hoos lost 20-16 at Indiana Saturday night.

Starting with: substitutions. Virginia had to blow two of its second-half timeouts in the third quarter because it didn’t have the right guys on the field, at the 12:49 mark on defense, then at the 6:37 mark on offense.

You’d love to have had your timeouts on the final drive when you needed them. UVA got the ball back at its own 9 with 3:23 to go, converted a third-and-eight and a fourth-and-four to get the ball to the Indiana 27, but with just one timeout, essentially ran out of time.

Little things: like your stud receiver, Olamide Zaccheaus, catching the ball. Zaccheaus had a touchdown catch on UVA’s first drive, but that came after a drop on a ball that would have been at the least a 20-yard gain.

Then, after Virginia had closed a 20-9 halftime deficit with a third-quarter touchdown, and Juan Thornhill intercepted a Peyton Ramsey pass on IU’s next play from scrimmage to set up the ‘Hoos in plus territory, UVA faced a third-and-20 from the other side of midfield, the result of an awful chop-block call on first down that set the Cavaliers behind the chains.

That being what it was, and it was an awful call, not a chop block, Bryce Perkins had Zaccheaus open past the first-down marker, and put the ball on his hands.

That drop ended the drive, and Virginia wouldn’t get itself back into similar position until the final drive.

Now, yes, this column is called Inside the Numbers, and IU dominated the numbers. Stevie Scott, a nothing-special big back, gained 204 yards on the ground on 31 carries, and Ramsey was 16-for-22 passing for 150 yards, and basically didn’t do anything but throw jump balls to his wideouts.

And Scott, a big guy with average speed, took handoffs and blasted through the line on nothing-special, smashmouth play calls.

The defense was supposed to be the strength of this Virginia team, but IU exploited not only the D line, which we knew was going to be a work in progress, but the secondary, which was supposed to be one of the better units of its kind in the ACC.

Which, here we are, you need to get the basics like substitutions right, your star receiver has the dropsies, your offense, to this point, is, Hey, Bryce, do something, your D line is a sieve, your secondary can’t beat average receivers on jump balls, and you have the ball in the air into the end zone with a chance to bring it down and win the game on the road in a driving rainstorm.

Fix the little things, and get back on the right side of the scoreboard.