Inside the Numbers: Trying to find faults in UVA Belk Bowl win 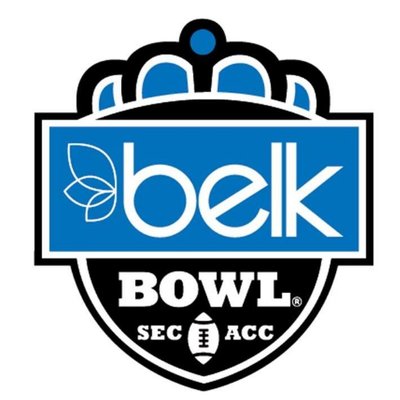 Scott German and I are used to driving back home from a UVA football bowl game with a lot to complain about, but after the ‘Hoos beat South Carolina 28-0 yesterday, it was a long, silent drive back from Charlotte.

OK, so, not silent. But it did feel odd going on for hours about how almost absolutely perfect Virginia played in every respect.

It’s five hours back from Charlotte to Central Virginia, and throw in an hour for dinner at a B-Dubs to watch some of the Clemson-Notre Dame playoff game, and you’ll not be surprised that we were eventually able to nitpick a few things.

Warning: this is the ultimate looking a gift horse in the mouth.

Brian Delaney missed a 33-yard field-goal try in the fourth quarter that would have made it a four-score game at that point.

Delaney also flubbed the opening kickoff, sending it out of bounds to set up South Carolina with first-and-10 at the 35 for its first offensive possession.

The kickoff error is unforgiveable. USC got the ball past midfield, and outsmarted itself on a fourth-and-short, throwing a pass high and outside to turn the ball over on downs, allowing a defense that would eventually throw a shutout to avert an early crisis.

But he did miss three kicks from 30-39, including, as we remember, the potential game-tying field goal at Georgia Tech in OT.

Delaney’s emergence in 2018 added another dimension to the offense, but he’ll need to continue to become more reliable in 2019.

And as far as kickoffs go: he planted 47 of his 72 kickoffs in 2018 in the end zone, and had just one go out of bounds. So, that one was an aberration, just poorly timed.

The missed field goal came a series after a fumble on a trick play opening the fourth quarter. Freshman quarterback Brennan Armstrong came into the game between quarters and took the shotgun snap, and handed off on a jet sweep to quarterback Bryce Perkins, who, running right, immediately connected with Hasise Dubois for a big gainer.

As Dubois moved into South Carolina territory, the ball was stripped, and the fumble recovered by SC.

The quibble: you’re up 21-0 here, moving the ball, picking up a couple of first downs on that drive to that point, looking to eat more clock, get into field-goal range, make it a four-score game.

The game plan and play-calling to that stage had been so spot on: nothing fancy, inside zone runs, slants and quick-outs through the air, and it was all working.

This play worked, of course, going for a 19-yard gain before the fumble, but … was it necessary to go cute there?

No harm, no foul: the D intercepted Jake Bentley to end the brief threat that materialized.

Speaking of going too cute

How about that play call on the fourth-and-two at the USC 6 in the first quarter?

Obviously, what you do there, 0-0 game, late first quarter, is you get the points on the board.

Which is why what happened is so unfortunate.

Bad shotgun snap, low, at the feet of Perkins, completely throwing off the timing of the play-action fake.

Then, the Gamecocks had everybody covered.

The offensive line did a nice job giving Perkins time to try to find somebody, but the play was hopelessly broken down.

He had just one option, Olamide Zaccheaus, in the back of the end zone.

Too bad they couldn’t connect …

THIS JUST IN: Perkins found Zaccheaus in the back of the end zone for a 6-yard TD pass that set UVA on its way to the 28-0 win.

Ignore me. It was a long drive back.