Inside the Numbers: How UVA Basketball is better on offense this season 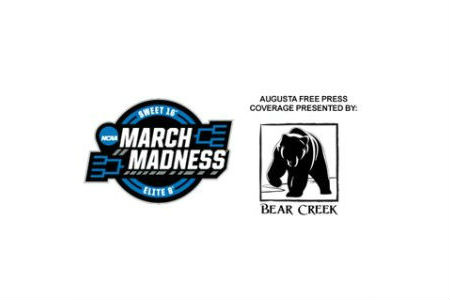 You’ve read about how UVA Basketball coach Tony Bennett had lunch with point guard Ty Jerome in the offseason to discuss tweaking the offense.

What you haven’t read about: how the tweaks are working.

Well, you kinda know a little bit there.

Macro-level, the ‘Hoos are scoring 1.230 points per possession this season, ranked second nationally, according to KenPom.com.

That doesn’t look like much, at first glance, because of the decimal points and all, but it’s an improvement of 6.8 percent.

Translated over Virginia’s 59.3 possessions per game, you’re talking 4.02 points per game improvement there.

That exposes you to possible losses to N.C. State in the regular season (a one-point overtime win), a loss to Oregon in the Sweet Sixteen (a four-point win), another loss to Purdue in the Elite Eight (another OT win).

So, it’s a big deal, the improvement on offense.

Understanding how that macro-level improvement is the next thing.

It might also seem that you’re seeing at least a few more possessions per game where the ‘Hoos are willing to get out in transition, and otherwise take a good shot early in a halfcourt set, if the opportunity is there.

Teams tend to be less effective on those shots, as Virginia well knows – the Pack-Line is predicated on that principle, forcing opponents to eat up shot clock, then hoisting up rushed shots to beat the buzzer.

Virginia had an effective field-goal percentage of 47.3 percent on late-shot-clock attempts last season, and is up slightly, to 48.1 percent, this season.

Its results on halfcourt sets have improved overall – the 2018-2019 effective field goal percentage is 54.2 percent, versus 51.9 percent in 2017-2018 – and probably not surprisingly, it’s because the offense has been more effective earlier in the shot clock.

This is my math, based on the numbers from Hoop-Math.com, but what I have is Virginia putting up an effective field goal percentage of 56.0 percent on halfcourt sets on shots before the 25-second mark on the shotclock.

UVA had an effective field goal percentage of 53.8 percent in those situations last season.

Why are the ‘Hoos playing in the Final Four this weekend? Because of all of that.