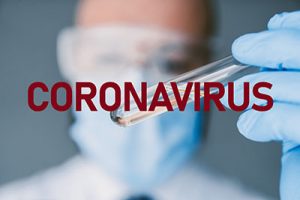 Just under 56 percent of Virginia’s COVID-19 deaths have occurred in long-term care facilities, according to figures from the Virginia Department of Health.

The data set has 382 of the 684 COVID-19 deaths as of Monday morning being reported at long-term care facilities.

It’s not clear what Gov. Ralph Northam’s statewide lockdown, now in its eighth week, could have done to mitigate the impact on seniors in long-term care facilities.

The governor, in his March 12 state of emergency declaration, directed VDH to expand its testing criteria to ensure that anyone who has symptoms and is in a nursing home is top priority and gets immediate testing.

It was also noted in that emergency declaration that nursing homes and senior care facilities had been directed to update their policies to provide additional visitor screening and increased monitoring of patients.

The question needs to be asked here: why was this considered to be enough to prevent what has been happening in our nursing homes?

Just over half – 348 – of the state’s COVID-19 deaths have been among the 80+ population, from our analysis of the VDH numbers.

This despite the fact that the under-60 population has accounted for 71.3 percent of the state’s 19,492 confirmed COVID-19 cases.

Under-60s are less likely to be hospitalized – accounting for 42.8 percent of the state’s cumulative 2,700 hospitalizations, at a rate of 8.3 hospitalizations per 100 confirmed COVID-19 cases.

Note that the CFR referenced above is different from the IFR – infection fatality rate.

There are no publicly-available numbers for the prevalence of COVID-19 infection specific to Virginia as of this writing.

Studies done in other U.S. locales suggest that the prevalence of infection is 10 to as high as 50 times greater than the number of actual confirmed cases.

Even that conservative approach would put the IFR for this COVID-19 outbreak closer to – dare it be said out loud – the impact of the seasonal flu for seniors, and actually less impactful for those under 60.

Which gets us, again, in reviewing the public-policy decisions, to asking the question about what was done to protect those most vulnerable.

A March 17 press release on the governor’s website advised people with chronic health conditions and those over 65 to self-quarantine, but that point was rendered moot by the March 30 stay-at-home order that effectively put everybody on self-quarantine.

Was that one-size-fits-all approach successful in protecting the most vulnerable to COVID-19, specifically, Virginia seniors?

Could COVID-19 have been here sooner?

We now know that the first recorded COVID-19 death in the U.S. dates to early February, suggesting that the virus had made its way Stateside in the first couple of weeks in January.

The similarity in early-onset symptoms to the seasonal flu gives us reason to look at VDH data for the 2019-2020 flu season to make a guess as to whether Virginia might have been had a COVID-19 outbreak ahead of the first official cases in early March.

The VDH website had the state registering 19 consecutive weeks of widespread seasonal-flu outbreak beginning the week of Nov. 30, 2019 and running through the week of April 4, 2020, which was three weeks into the Northam COVID-19 lockdown.

That was an earlier start to the flu season than we had seen here a year earlier. The first notation of widespread outbreak in the 2018-2019 flu season was the week of Dec. 29, 2018.

The 2019-2020 flu season, though, was, thankfully, not nearly as deadly as the previous five in Virginia.

Even adding in the 684 COVID-19 deaths that we’re seeing currently, and we get 3,574 total deaths from COVID-19 and flu, which is 72.7 percent of the five-year average for flu deaths.