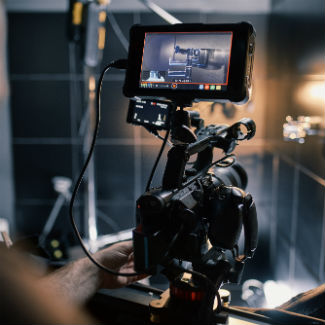 If you’re on the verge of creating a film – no matter if you’re a student or a grizzled veteran of the Hollywood machine – there are some important steps that you should be aware of.

Let’s go over them together!

Writing a script is an arduous and creative process that can take weeks, months, or years. Once that is done, however, you need to make sure that the script everyone will have on set is readable and clear for the director, cinematographer and camera crew. This is known as a shooting script. This might mean simplifying things, or being more descriptive so that the on-site team knows exactly what is expected of them.

This is crucial. Storyboarding and a shot list help the production team develop a day-to-day plan for the shoot. Whether you plan on finishing in three days or three months, storyboards and shot lists allow everyone to prepare for the work ahead of them.

No matter how small a film set is, extra hands on deck is always helpful. While breaking down the shot list and schedule for each day, also think about what kind of crew you will need. Lights and sound should be an automatic, but how many? How many production assistants? It obviously varies from skeleton crews of 1-5 people to massive crews of 100s.

If you are expecting to have a massive crew, one fantastic tool to consider is Setwerks, this program helps you coordinate and communicate from start to finish of the production process.

If you want to film anywhere off your own property, you are going to do a fair amount of location scouting. This not only means inside buildings that you want to film in, but on streets, in parks, everywhere! It is also important to keep in mind that you will likely need permits to shoot on some locations, so having someone who is familiar with that process is key.

Create and set your budget

Creating a budget that you can stick by is crucial. It not only gives you an idea of what is and what is not financially possible, it also forces you think outside the box in some exciting ways. The very last thing you want to do with a budget is undersell what things will costs. Don’t guess, simply find someone who is a pro at creating film budgets and ask them to develop one for you. It may cost a couple hundred dollars, but it’s worth it if it helps you make your film dream a reality.

This is pretty obvious, but finding a great cast of actors to bring your characters to life is crucial. Don’t cast your best friends who can’t act even if they beg. Ideally, you will have some time and money to hold casting sessions so that you can find some established, or unknown talent to shine in front of the camera.