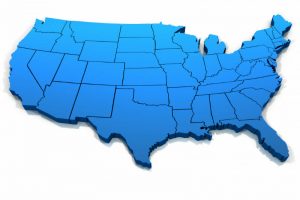 In August 2019, the Trump Administration decided to bring forth new regulations that would change the way potential immigrants are allowed into the United States. While the Public Charge Rule has been a ground of inadmissibility for immigrants into the U.S. for more than 100 years, the Trump Administration added updates that were temporarily blocked by federal court until late February. Now, USCIS is ready to implement the final rule.

The new Public Charge Rule, announced by the United States Citizenship and Immigration Services (USCIS) and Department of Homeland Security (DHS) in 2019, finally went into effect in February of 2020.

The updated policy now allows the federal government to deny applications for green cards and visas from individuals it deems unable to sustain themselves financially, or otherwise require public benefits for more than 12 months out of a 36-month period. Not only does this affect individuals trying to come into the United States, but it also affects those applying for green cards or visas from within the United States as well.

This new policy has drawn significant criticism and opposition from immigration advocates and has given rise to a number of lawsuits with the preliminary goal of halting the policy’s implementation. Initially, four different cases succeeded in achieving nationwide injunctions for these policies. These lawsuits were temporarily successful in pushing back the policy’s implementation for a few months, yet it was still ultimately passed.

A federal appeals court in New York affirmed an earlier decision to prohibit the implementation of the public charge policy in late August of 2019. This decision is applicable nationwide and is the result of lawsuits by immigration advocates, such as the National Immigration Law Center and the Legal Aid Society.

Many organizations see the Trump policy as a race-centric wealth test that runs contrary to federal law. They assert that the rule affects a disparately high number of poor and non-white would-be immigrants.

Under the updated policy, a USCIS officer must consider the applicants education, skills, family status, health, age, and financial resources when making a decision about whether or not a potential immigrant will become a public charge at any point in the future. While the Public Charge Rule carves out exceptions for refugees, asylees, and other humanitarian immigrants, those against the ruling are afraid of its wide-reaching negative effects.

To this end, researchers have identified that this rule is having consequences on immigrant families – even those containing U.S. citizens. In fact, people are dropping out of, and refusing to apply for, some critical welfare programs as a result. Even though USCIS says that certain benefits, such as disaster relief and national school lunch programs, will not be considered by USCIS officers, some worry that the broadness of the Public Charge Rule will deter possible immigrants from applying because they require benefits and do not know if it will impact their eligibility.

The administration takes a different perspective. It alleges to be promoting habits of self-sufficiency and self-reliance for the immigration community and says that it is simply enforcing current law. Proponents of the policy are right in stating that the Trump administration is not the first to reinstate the Public Charge Rule. However, those who are against the new policy see it as a way to further the current administration’s battle against immigration.

While the court decision on the merits of this regulation has only been recently made, it has still remained a subject of great debate. However, now it appears to be in place and will likely not be revisited by the Supreme Court, meaning that many current and potential immigrants will have to meet a more rigorous immigration process when they apply.