If you’re struggling through COVID-19, don’t do so alone 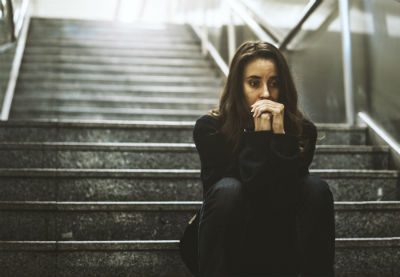 It makes sense that people vulnerable in terms of mental health might struggle through an extended period of isolation. But the numbers that we reported last week, from a CDC report, were next level.

We can guess that those numbers are at least holding, and maybe have pushed higher, now that we’re two months deeper into our two weeks to flatten the COVID-19 curve.

And in a cruel twist, those most vulnerable are also going to be less likely to seek help, because of the drumbeat of public health messaging stressing social distancing and staying at home.

Just as we are beginning to learn the toll in terms of the many so-called lockdown deaths from people not seeking medical attention for heart attacks and strokes and curtailing important cancer treatments, it’s starting to become clear that untreated mental health problems are adding to the excess deaths experienced over the past five months.

That’s the formal part of this op-ed.

Now, to the personal.

If you’re struggling, look, it’s not just you.

Millions have lost their jobs; millions more who haven’t dearly miss what had been routine connections with friends, family.

Add those two totals up, and you’re talking about pretty much all of us.

Our routines are so out of whack that we almost can’t imagine what life was like before 2020.

It might seem like there’s no end to the current new normal in sight, and honestly, I wish I could pinpoint that end date.

I can say from my daily reads through the public health data that it is coming.

In the meantime, you don’t need to go through this alone.

The National Suicide Prevention Hotline is a great resource.

There’s no shame in admitting you need help.

We all need help from time to time.

We’re all going to get through this.