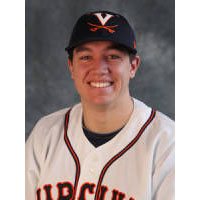 Danny Hultzen, a former three-time All-American at Virginia and currently a pitcher in the Seattle Mariners’ organization, has made a $100,000 commitment to the baseball program for improvements to UVa’s Davenport Field. Hultzen was selected second overall in the 2011 MLB Draft by the Mariners.

“I am thrilled and honored to contribute back to the Virginia baseball program,” Hultzen said. “Virginia has done so much for me. My experiences at UVa have been critical in helping me grow into the player and the man that I am today, and I would not be where I am without my time there. I had an amazing experience at Virginia, and I am fortunate to have the opportunity to give back to UVa and help the program and its players remain among the best in college baseball.”

Hultzen won the 2011 John Olerud Two-Way Player Award, presented to the top two-way player in college baseball. He was a three-time first-team All-ACC selection and twice was named the ACC Pitcher of the Year. He succeeded in the classroom as well and was a Capital One First-Team Academic All-American in 2011.

“During Danny Hultzen’s three years at UVa, he was 100 percent committed to help make our baseball program the best it can be,” UVa head coach Brian O’Connor said. “Now to see Danny’s continued commitment to Virginia baseball shows his respect for his career in a Cavalier uniform.”

After signing with the Mariners in mid-August, Hultzen made his professional debut in the Arizona Fall League in October and was a standout there, posting a 1.40 ERA in 19.1 innings of work. He was one of the starting pitchers in the AFL’s Rising Stars Game and earned the win in that contest. He recently was ranked by MLB.com as the 16th-best prospect in professional baseball.