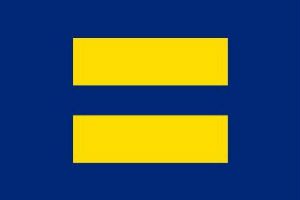 “HRC is proud to endorse these pro-equality champions who will be our partners in achieving long-overdue non-discrimination protections for LGBTQ Virginians,” said HRC President Alphonso David. “Virginia is at a turning point: voters are fed up with politicians who insist on playing politics with the lives of LGBTQ people. Virginians deserve leaders who will fight for them and bring people together, not pit us against each other.  In the coming months, HRC will work tirelessly to turn out the 1.2 million Equality Voters in Virginia and elect new leadership in Richmond that will put the needs of Virginians ahead of the needs of special interests.”

The endorsements will mark the largest field, digital and direct mail program HRC has ever developed in the state of Virginia. From Northern Virginia to Hampton Roads, HRC field organizers will be deployed to mobilize 1.2 million Equality Voters across the state. In 2018, HRC used sophisticated analytics to identify and mobilize 57 million “Equality Voters” nationwide who prioritize LGBTQ-inclusive policies including marriage equality, equitable family law, and laws that would prohibit discrimination on the basis of sexual orientation and gender identity. HRC will be targeting these voters in the 27 districts where HRC has made an endorsement.

In 2019, despite support from a bi-partisan majority of delegates, Virginia Speaker of the House Kirk Cox, Majority Caucus Chairman Tim Hugo and other Republican leaders in the House of Delegates, refused to bring commonsense LGBTQ non-discrimination protections up for a vote in committee. The two bills, HB 2677 and HB 2067, would add crucial, commonsense nondiscrimination protections for LGBTQ Virginians in housing and public employment, respectively. Similar bills have passed the Virginia Senate several years in a row, including this year, with bipartisan support.

“We as Virginians believe in treating others as they themselves want to be treated,” said Equality Virginia Deputy Director Vee Lamneck. “For the past six years, the Republican-controlled State Senate has passed legislation to protect LGBT people from discrimination. But despite strong support from within his own Republican caucus, House Speaker Kirk Cox has repeatedly killed a number of bills that would have ensured LGBT people were treated fairly and equitably under our laws including common-sense, bipartisan bills that would have provided nondiscrimination protections for LGBT Virginians. Virginia can’t afford to allow discrimination to continue in our commonwealth. We need new leadership that will truly represent Virginia’s values.”

According to recent polling, both measures have overwhelming support amongst Virginians, including a majority of Virginia Republicans. Over the past several elections, HRC has successfully elected pro-equality champions at every level of Virginia’s state government and will continue to engage in this important work in the weeks and months leading up to this November’s election.